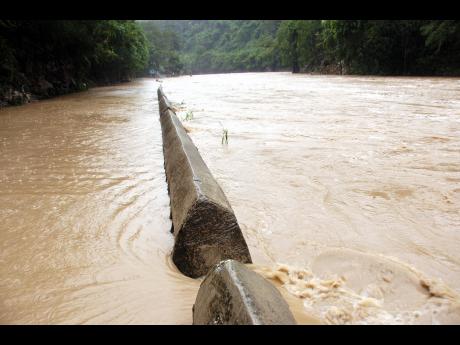 The Caribbean Development Bank (CDB) is providing grant funding of €219,000 or about $32.9 million in local currency to the Jamaican government to upgrade the existing flood monitoring system on the Rio Cobre in St. Catherine.

The Bank, in a release out of Barbados, noted that the road through the Bog Walk Gorge in Jamaica is a major thoroughfare for vehicles travelling between the north and south coasts of the island.

However, at times it is rendered impassable due to heavy rainfall and flash flooding, and this puts persons in surrounding communities at risk.

An automatic flood early warning system was previously installed on the Rio Cobre River, which is interlinked by the Bog Walk Gorge, but it has been rendered inoperable due to lightning strikes that disabled the transmitters, the CDB said.

The CDB also noted that the Rio Cobre is the third largest watershed management unit in Jamaica, and includes large sections of Spanish Town and the fast growing municipality of Portmore.

“Flooding of the Rio Cobre puts a number of communities at risk and this project will help to support the delivery of accurate and early notifications to residents and key stakeholder groups such as motorists, the police, fire brigade and emergency response personnel,” said Cheryl Dixon, Coordinator, Environmental Sustainability Unit, CDB.

“We expect that this project will help to reduce the loss of life and reduce damage caused by flooding. The upgraded system will also take advantage of solar renewable energy to enable continued data and information during extreme weather events,” she added.

The project is scheduled to be completed over a 12-month period.