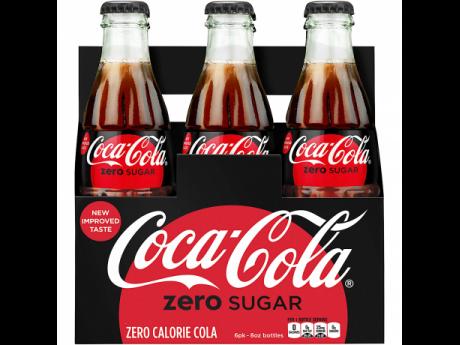 Coke Zero is getting revamped as Coke Zero Sugar.

Atlanta-based Coca-Cola Company says the new cans and bottles, which will incorporate more red like regular Coke, will start hitting shelves in August.

The push behind Coke Zero comes as Americans continue moving away from Diet Coke, which was introduced in the 1980s and has its own taste that's different from Coke. Coke Zero was introduced in 2005 and is intended to more closely mimic the flagship cola.

Coca-Cola in the past has blamed the declines of Diet Coke on concerns over the aspartame used in the drink, though the ingredient is also used in Coke Zero, which has enjoyed growth globally.

"It may surprise you to learn, but it's true," Quincey

Coca-Cola notes that the newer version of Coke Zero has already been launched in some other countries. That may allay concerns that the revamp won't go over well with fans, such as the infamous 1985 rollout of "New Coke," or PepsiCo's more recent recipe change for Diet Pepsi. PepsiCo had removed aspartame, which it said people didn't like. But then it brought back a version of Diet Pepsi with the artificial sweetener after sales fell.

Coca-Cola's profit tumbled in the second quarter, hampered in part by charges related to the refranchising of its North American business. But adjusted results still topped most expectations as higher pricing offset flat sales volume from a year ago.

The world's biggest beverage maker is trying to diversify under new CEO James Quincey to better reflect changing tastes and the proliferation of options in the beverage aisle. Quincey has said that Coke has outgrown its core soda drinks, and needs to become a "total beverage company." On Wednesday, Quincey noted the company is in a period of "substantial transformation and change that is never easy."

Earnings, adjusted for one-time costs, were 59 cents per share. That's better than the 57 cents per share analysts surveyed by Zacks Investment Research called for.

Revenue for the Atlanta company declined to US$9.7 billion from US$11.54 billion, hurt by the ongoing refranchising of bottling territories and foreign currency fluctuations. Analysts expected US$9.71 billion in revenue, according to Zacks.