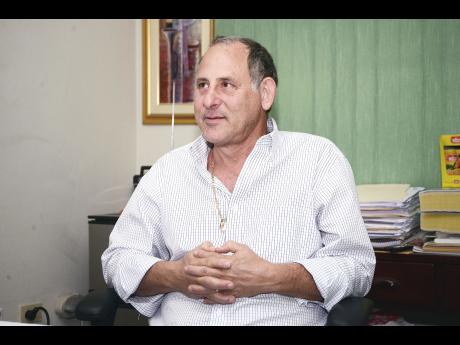 Jamaican Teas Limited is backing away from plans to transform the old Kingston Industrial Works (KIW) complex into public warehousing.

In a market filing, the beverage maker said its associated company, KIW International Limited, expects to close the sale of its entire property at 138 Spanish Town Road. The buyer and sale price were not disclosed.

In early March, Jamaican Teas signed off on its acquisition of KIW International from the Jamaican Government for $57 million, and the deal closed in April.

The company had previously indicated plans to upgrade the KIW complex into a modern warehouse for rental purposes. But CEO John Mahfood said on Wednesday that those plans proved unfeasible.

"When we looked at the property, its location, physical layout and so on, we felt that what we had originally thought that of making small warehouse with access from containers and so on we felt that it would be a difficult fit and relatively expensive to do the project there," Mahfood told the Financial Gleaner.

He said while Jamaican Teas was weighing its options interested buyers began lining up for the property, which sits on 15,500 square metres (3.8 acres) of land on the northeastern fringe of the Spanish Town Road industrial zone.

"During that deliberation, a couple people that do business in the area made offers to buy it at what we thought was a favourable price, and when we weighed up the choice between that particular property and doing what we wanted to do, but in a more suitable environment, we thought it best to sell this one and use the proceeds for something else," Mahfood said.

ARC Manufacturing was among the suitors, but its vice-president for marketing and international business, Deanall Barnes, said they lost out to another company doing business in the area.

Mahfood says Jamaican Teas is not giving up on the idea of public warehousing for rentals, altogether.

"I believe that there is still space for that and it is well needed for Kingston.

We're talking small public warehouses, where people can use 500 to 1,000 square feet each. It's still an idea that I think is worth pursuing," he said.

Regarding what will be done with what's left of KIW after the sale, Mahfood says there is a lot more in that company's portfolio. The company is still weighing the consolidation of KIW with Jamaican Teas' property arm, which operates under H. Mahfood & Sons.