Cedric Stephens | Is there a 'right' way to die to get life insurance money? 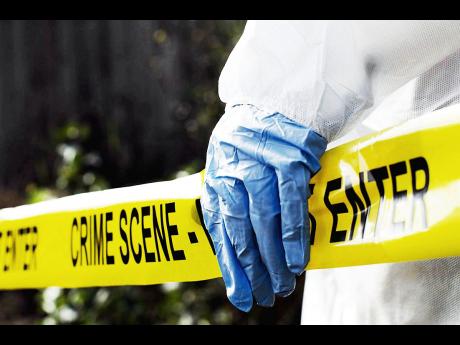 Is there a "right" way to die? This question was indirectly asked - not in a religious or philosophical discussion - but in the context of a death claim under a life insurance policy. It was at the end of a 700-word email.

A "traumatized daughter" sent it to me at 5.04 p.m. last Wednesday. She was writing about her experiences with the insurer's claims operations. Those interactions followed a shooting that resulted in the death of her mother. The incident occurred as her mother was about to enter her home after a day at work.

The email was gut-wrenching. I decided, subject to receiving the writer's permission, to do two things. I would obtain the insurer's reactions to the explicit and implicit criticisms of their claims operation. Its written reactions would be placed beside a summary of the email, along with my comments. Readers would be asked to answer the following question: Was the treatment meted out to the deceased's beneficiaries by the insurer's employees consistent with its brand vision - "To be loved by our clients ..."?

A synopsis of the email:

"My brother and I lost our mother approximately one month ago in the most horrific way imaginable. She was entering her home after leaving her place of business when she was gunned down by an armed assailant who escaped on a waiting motor bike. The police to date have no substantial evidence to arrest or bring in anybody for questioning. neither have they been able to provide us with a motive for the murder.

"The autopsy was carried out in a reasonable amount of time. We plan to lay our mother to rest on Friday without the help our life insurance provider.

"Our (late mother's) life insurer for the past eight years was notified of our mother's death the day after the incident via our agent. We were advised of all the documents we would need to provide in order to have our claim processed. The documents included a medical report completed by a pathologist; the birth certificate; the contract of insurance; the burial order; and a valid government-issued ID. These documents were submitted the day after the autopsy. Two days afterwards, we learnt that a police report was necessary.

"We were advised that the insurer was able to process the claim in five days, but we would not be able to receive payments towards the funeral expenses or any other payments from the policy until the police submitted a report.

"We inferred that the submission of, police report in cases of death by gunshot is the standard procedure, and there was nothing they could do about it, unless, of course, we knew a police person who could 'sort it out' for us. In the absence of that, then we would need to wait the six-eight weeks or until the agent is able to get a police person to 'sort it out.' for us. We were also told that if our mother was 'hit by a car' or had died suddenly then we would not need to worry about the report.

"On the night of my mother's death, my brother and I waited approximately four hours for the JCF to process our home, which was the scene of the crime. Thankfully, my mother died on her way to the hospital, so we did not have to deal with the indignity of her lifeless body on the ground waiting on the police.

"After the police processed the scene for five minutes and left, I had to watch my brother wash our mother's blood from our driveway and our gate, and our insurer has the audacity to utter the words police report and standard procedure. There is absolutely nothing standard about having our mother taken away from us, and we surely do not have any confidence in the police doing anything in a timely manner.

"The loss of our mother has been completely devastating. ... Her insurers have not offered to even assist with the funeral expenses until they are in receipt of the police report. We are made to feel as though somehow, the way our mother lost her life was not the 'right' way. The insurer has not been able to articulate a real reason for the police report given that the case is still under investigation and, therefore, would not have any meaningful information except that which was provided by us via the victimology report. It is mind blowing to think that there is a 'right' way to die."

The insurer's vice-president group marketing response began by with an expression of condolence. It continued: "We received the documents (to process the claim) on Thursday, July 20th, 2017, and ... submitted them to the claims unit on July 24. We advised the daughter that we would require the police report to complete the review. All accidental or sudden deaths require a police report along with other pertinent documents.

"The financial advisor who sold the policy is a family friend and has been in touch since she was notified of the mother's passing. The advisor is providing assistance with obtaining (a) police report.

"The family was not advised that we could have up-fronted the cost to the funeral expenses and that is regrettable. We will remind our client-facing team members of the ways they can assist our clients in these situations."

There is clearly a disconnect between the insurer's grand brand vision and what happens on the ground.

- Cedric E. Stephens provides independent information and advice about the management of risks and insurance. For free information or counsel write to aegis@flowja.com.