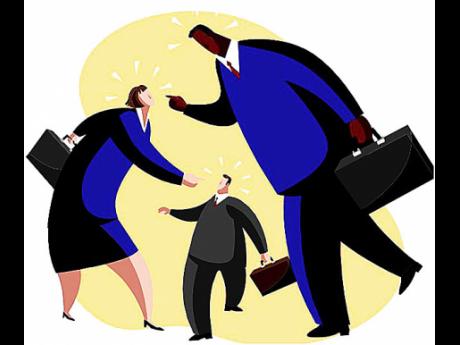 Do your company's top leaders need to be just like everyone else? Or should they publicly strive to achieve the highest levels of performance? Does it make a difference?

I recently advised a client: "Why don't you try to run your meetings more efficiently?"

The manager viewed me suspiciously, then laughed. "How effective do you think Bob's are?" (His CEO was infamous for poorly managed meetings.)

He continued: "And you want mine to be better than his?"

In three decades of work with executives, I have noticed leaders being ambivalent about their place at the centre of attention.

Some are narcissistic and revel in the limelight. Competitive extroverts, they prefer to be included in everything. To make sure they remain the primary focus of others, they push themselves into every available leadership position.

Others are reluctant. They are shy, avoid attention and fear the repercussions of a long fall from the top. They insist on equal treatment to other people and resist perks and benefits usually associated with their position of authority.

Neither of these extremes provides people with the one thing they crave: an obvious example of how they should act.

It's a shame because our local employees routinely grant executives extra-special powers. Compared with their counterparts in Trinidad and the US, books like Why Workers Won't Work make the difference clear.

Jamaican employees greatly prefer the clarity of strong authority. In their minds, the big man (or woman) plays a role which cannot be abdicated, even if he is a next-door neighbour and also sits beside them in church.

Unfortunately, most leaders squander this unique opportunity. If you happen to be a manager, here are three ways to make the most of your leadership role. Each of them happens to bring out the best in you, your colleagues, and your company.

1. Having the clearest vision

Many executives are weak at the skill of defining an inspiring future for others to step into. Even though they came of age at a time when Michael Manley provided a powerful example of how to do so, they mistakenly assume that it's a capacity someone must be born with.

As a result, a local company that lacks a visionary at the top tends to drift into a vacuum: no-one else steps up to provide the necessary direction.

In part, it's due to a lack of awareness. The truth is that visionary skills can be learnt from companies like Landmark Education and others. In their workshops, leaders learn to be open, sharing their grandest aspirations for all concerned, while staying grounded in their daily experience.

2. Being the most productive

Many top leaders believe they have earned the privilege of operating beyond the level of the average employee. They don't need to be punctual or reply to email. They are allowed to indulge in the worst multitasking behaviours. When their position dissuades challenges, they persist.

They fail to realise that they are, at all times, setting an example that others not only remember but repeat as gossip.

In this sense, their personal habits, practices and rituals are highly contagious, and so is their standard of productivity. They shouldn't expect their employees to attain a higher level.

3. Being the most transformed

While employees may find the need for continuous, inside-out improvement exhausting, it's the leader's job to generate the required energy. The best ones also share their journey with others, including the ups and downs. They highlight the latter so colleagues can appreciate the difficulty of pursuing individual excellence.

In addition, they empower themselves by looking for their contribution to specific failures. For them, the discovery of a personal cause leads them to understand what can be changed to turn things around.

By contrast, the weakest leaders only focus on the changes required by others. As "expert" diagnosticians, they examine their colleagues' faults in detail, thereby misunderstanding their role. Their ability to pick apart other people's improvement needs is only a small part of their success. By comparison, their skill at clarifying their own personal transformation is huge.

The sad fact is that staff who are on the receiving end of a leader's constant, punishing criticism only learn how to avoid blame and pick apart other people's faults. On the other hand, the employee who witnesses the top leader identify a problem, search for his/her role in creating it, craft interventions and measure the difference, learns how to effectively deal with a wide range of issues.

Leaders who appreciate and honour the opportunity to be at the centre of attention empower others to be their best. They offer their behaviour as an inspiration ... not just their words. It takes effort and training to become that kind of person, but it's exactly what Jamaican companies need to make progress.

- Francis Wade is the author of Perfect Time-Based Productivity, a keynote speaker and a management consultant. To receive a free download with articles from 2010-2016, send email to columns@fwconsulting.com.