JPS to spend US$100 million to reduce energy costs 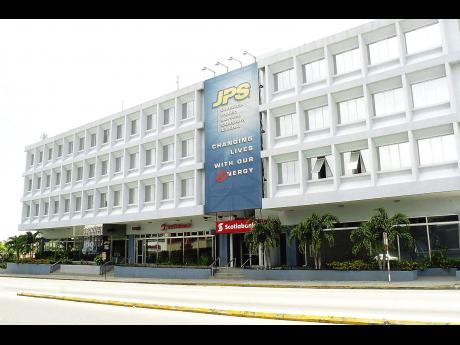 The Jamaica Public Service Company (JPS), the island's sole distributor of electricity, said it will be doubling its expenditure on energy projects by December this year in an attempt to drive down the cost of energy.

JPS views the investment as key to driving efficiencies, according to Chairman Seji Kawamura, who was appointed earlier this year, as well as incoming President and CEO Emanuel DaRosa, who takes up that position effective August 1.

The big project entails the construction of its cutting-edge storage facility, which will store energy produced at renewable plants.

"This year, we are spending US$100 million on investments on the purchase of properties and plant and equipment," stated Kawamura following the JPS's annual general meeting at its Knutsford Boulevard, New Kingston, head office on Friday.

The JPS spent US$56 million and US$65 million, respectively, on the purchase of property, plant, and equipment in the 2016 and 2015 financial years.

"We are making sure that when the renewables are coming in, that there must be a storage system to accommodate them," Kawamura said.

In June, the JPS announced plans to build a 24.5-megawatt facility to store energy as a safeguard against power outages. It was described as the first of its kind in the Caribbean.

The light and power supplier plans to build the facility next year, but no cost was disclosed at the time. It will act like a giant battery that charges when solar or wind-energy plants generate energy. It then kicks into action to feed the grid the power these renewable plants generate when there is cloud cover or low wind speeds.

"This represents the confidence of shareholders in the future of the business," Kawamura said, explaining that renewables would reduce the reliance on oil imports, the cost of which are passed on to customers.

"So we will charge less fuel on the bill to you, so we are not making it more expensive," he added.

Kawamura and DaRosa lauded the outgoing president and chief executive officer, Kelly Tomlin, and indicated that she had put the company in a good position for growth.

The JPS made US$24 million net profit on revenues of US$712.5 million for its 2016 financial year or 9.4 per cent less net profit than a year earlier.

"We are taking up from where Kelly has left off. We are not ignoring what she's done," said Kawamura.

He added that the major Asian-based shareholders want to raise the return on equity, which hovered at six per cent for its 2016 financial year (US$24 million over total equity at US$395.4 million). Japanese-based Marubeni and Korean-based East West Power each own 40 per cent of the JPS, while the Government of Jamaica holds 19 per cent and individual investors owning the remainder.

"At this moment, we cannot say that we are satisfied. There are things to do before we can achieve that target," Kawamura said, adding that investment in equipment and plant remains a priority, along with maintaining the quality of service to customers. "Then the return that we want will be gained. But we have to earn it."

Tomblin served as JPS president and CEO for five years after joining in 2012, following the departure of Damian Obiglio, who, himself, served for five years in the position. Obliglio led the organisation during period of oil spikes, which led to costly light bills, which reduced customer goodwill for the utility.

Tomblin entered the market as a personable CEO who focused on customer service. Her leadership also coincided with a reduction in oil prices since summer 2014.

DaRosa, a Canadian, prior to his appointment at the JPS served as the CEO of the Northwest Territories Power Corporation.

"The reason we chose him is because he has a big heart. The perception of the customers might be different due to gender. But still, love is love," said Kawamura, referring to DaRosa.

DaRosa pledges to lead the energy distribution monopoly with compassion. "Every organisation has to have a heart, otherwise it will fail," DaRosa told Gleaner Business.

Tomblin did a "fantastic job" for the people of Jamaica, reasoned DaRosa, adding that he will certainly continue down that path without any major course correction.

"My number-one priority is the health and safety of the general public, employees, and contractors. That's imperative for JPS as a utility. Number two is that I will focus on efficiency to ensure that JPS is the most efficient organisation that it can be. Number three would be the socio-economic development for the people of Jamaica,"he said.

The JPS can have a positive impact on the economy through conservation, he added.