Threat of a bitcoin split averted, for now 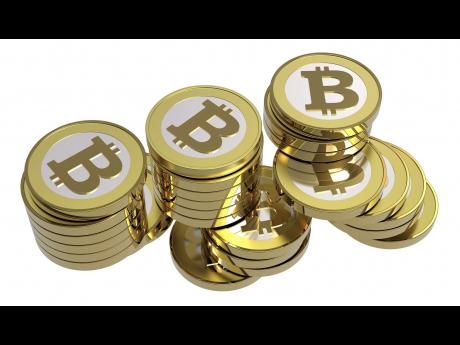 On the eve of a major change in bitcoin, a threat of a split in the digital currency has been avoided - for now.

A move by users to force a change in the computer code by Monday has worked. A majority of 'miners' - the core bitcoin users who verify bitcoin transactions around the world - has signalled support.

Though the change is designed to improve capacity on the increasingly clogged network, some miners had objected because it could reduce transaction fees they collect.

The show of support has helped reverse a slide in the value of bitcoin from around US$1,900 two weeks ago to roughly US$2,800 on Monday.

However, some uncertainty still remains. A May agreement between large bitcoin companies effectively pushes the threat of a split off until November. And one proposal to launch an alternate currency, Bitcoin Cash, is sowing fears of scam trades.

Bitcoin is a digital currency that's not tied to any bank or government. Like cash, it lets users spend or receive money anonymously, or mostly so; like other online payment services, it also lets them do so over the Internet.

The coins are created by miners, who operate computer farms that verify other users' transactions by solving complex mathematical puzzles. These miners receive bitcoin in exchange. It's also possible to exchange bitcoin for US dollars and other currencies.

Bitcoin has been touted as a currency of the future, but so far it hasn't proven very popular as a way to pay for goods or services.

What's behind the fuss? In a word, speed.

The bitcoin network is limited in how quickly it can shuffle around digital money. As bitcoin has grown, payment delays have become more common and worrisome.

Some software developers came up with a way to speed things up by re-engineering bitcoin's universal ledger, a file called the blockchain.

Supporters of the new method include Microsoft, the bitcoin exchange Coinbase and a variety of other bitcoin proponents who would like to see the currency used more widely in commerce.

Reformers had threatened to stop recognising transactions confirmed by miners who hadn't adopted the upgrade.

Generally speaking, a split would mean chaos - though mostly limited to those who use or squirrel away bitcoin. People who use bitcoin wouldn't be sure which version they held, or what might happen if they spent it or accepted bitcoin as payment.

Taking bitcoin, for instance, could leave you with currency you couldn't spend freely - and that might disappear entirely if it ended up being the 'wrong' kind.

That's one reason the community-supported website Bitcoin.org had warned users not to accept any bitcoin up to two days prior to Monday's deadline and to wait for confirmation that the situation had been resolved before trading again.

But the change now has the support needed to proceed, so a disruption isn't likely this week.

A separate group of developers sought to solve the speed issue by proposing a new currency called Bitcoin Cash. It effectively rewards every owner of bitcoin with an equal amount of the new currency, using a system that can handle much higher volumes of trades.

But some digital currency exchange operators - including Coinbase and Bitstamp - have said they won't support Bitcoin Cash. And Cornell computer science professor Emin Gun Sirer says savvy traders can game the system to create free money for themselves.

Bitcoin Cash was slated to launch today, Tuesday. As of Monday, the price of Bitcoin Cash futures was about one-tenth of bitcoin itself.

Meanwhile, major companies that came together on the May agreement committed to a second change by November that could still result in a split of bitcoin into two incompatible currencies if a significant number of miners don't agree.