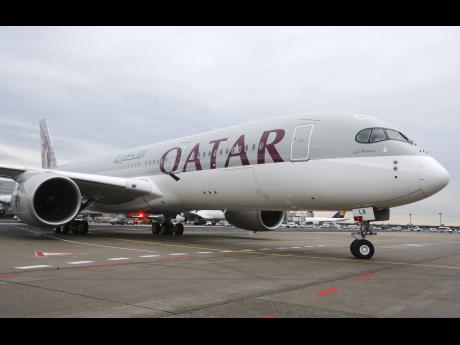 AP
In this January 15, 2015, file photo, a new Qatar Airways Airbus A350 approaches the gate at the airport in Frankfurt, Germany. (AP Photo/Michael Probst, File)

Qatar Airways says it is dropping an attempt to buy a big stake in American Airlines, an audacious bid that had received a chilly reception from American.

Qatar Airways said Wednesday that the investment no longer meets its objectives.

American Airlines said it respected Qatar's decision to withdraw, and added that the turnabout would not make any difference in American's plans.

Qatar said in June that it planned to buy an initial stake of up to 4.75 per cent of American's stock, but Fort Worth, Texas-based American said Qatar's goal was to get a 10 per cent stake.

It was an odd move. The two airlines are on opposite sides of a nasty fight that has big US carriers complaining that they are unfairly undercut on fares because Qatar and two other fast-growing Middle East airlines get illegal subsidies from their governments.

Qatar Airways had said it wanted to be a passive investor and not take an active role in setting strategy at American, the world's biggest airline. But on Wednesday, Qatar said it changed its mind after a review of the deal's finances and American's reaction.

American CEO Doug Parker had given a chilly public response to the overture, calling it puzzling and not particularly exciting. Parker said Qatar CEO Akbar Al Baker approached him about an investment during a secret meeting at an airline-industry conference in a Mexican resort city.

Parker vowed that despite the prospect of Qatar becoming a large shareholder, American would continue to fight Qatar, Emirates and Etihad Airways over the allegations of unfair government subsidies. The Middle Eastern airlines deny getting illegal subsidies.

In July, American ratcheted up the tension by announcing that it was dropping seat-selling partnerships with Qatar and Etihad because of the subsidies dispute.

On Wednesday, American spokesman Matt Miller said Qatar's decision not to invest "in no way changes the course for American". He said American "couldn't be more excited to keep our focus" on serving customers.

Qatar said in a statement that it would continue to look for opportunities to invest in airlines around the world to develop "the best possible travel experience for its customers".