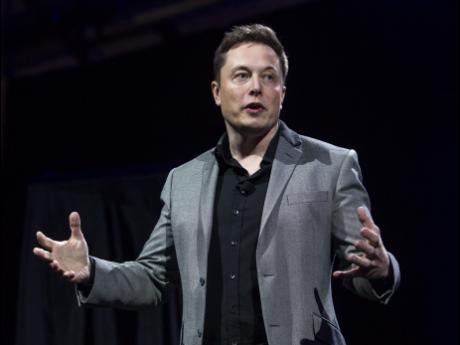 Tesla Inc reported on Wednesday that its net loss widened in the second quarter as the electric car maker opened new stores and prepared for the bumpy launch of its new lower-cost Model 3 sedan.

The loss grew 15 per cent to US$336 million from a loss of US$293 million in the April-June quarter a year ago. But Tesla's adjusted loss, of US$1.33 per share, handily beat Wall Street's forecast of a US$1.88 loss per share, according to analysts polled by FactSet.

Revenue more than doubled to US$2.8 billion, also beating Wall Street's forecast of US$2.5 billion.

Tesla saw significant growth in its energy generation and storage business, which contributed about 14 per cent of its revenues. It bought solar panel maker SolarCity late last year and said it began taking orders for its new solar roof tiles in the second quarter, and recently began installations.

But most attention was focused on the Model 3, which was delivered to its first 30 customers - all Tesla employees - last week. CEO Elon Musk said the company has 500,000 reservations for a Model 3 and it wants to ramp up production as quickly as possible.

The company, based in Palo Alto, California, said it plans to produce 1,500 Model 3s in the third quarter and increase that to 5,000 per week by the end of this year. It wants to increase that still further to 10,000 vehicles per week sometime next year.

Tesla said it opened 29 new stores and service centres in the second quarter in order to meet Model 3 demand. It's also planning to double the number of fast-charging Supercharger outlets this year to 10,000 worldwide.

Some analysts have expressed doubt Tesla can meet its goals. The company has never made more than 100,000 cars in a year, and its last two models faced significant delays and production problems.

"There are walls moving all around that can all impede the success of the Model 3," said Karl Brauer, the senior director of content and executive publisher for Cox Automotive.