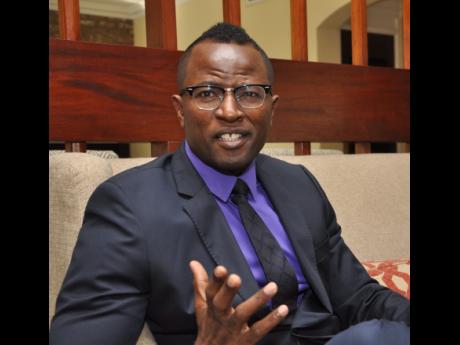 Cigarette distributor Carreras Limited will consider splitting its stock at a board meeting next week but already the stock price has jumped in anticipation of a yes vote by directors.

The company's shareholders would also have to approve the split.

Carreras would become the 14th listed company on the Jamaica Stock Exchange (JSE) since 2016 to split its shares.

Steele acknowledged that the board would meet next week to consider the matter but otherwise declined to comment on what it would entail. The board will make its decision on August 8, and if they approve the split, then shareholders will be asked to vote on the plan at Carreras' annual general meeting on September 6.

Investors however traded the stock higher upon the announcement of stock split consideration earlier in the week. Carreras hit an all-time high of $109.98 on Thursday. The stock started the week at $92.50 and closed at $109.81 on Friday. The bid and ask prices are within a dollar of each other, signalling that buyers and sellers are both bullish on the stock.

"The stock split will be good for the investors in the Carreras," said noted financial expert Sushil Jain.

High prices psychologically dissuade the average investors from buying stocks in general, he said so the lower price provides a level of comfort. Essentially stock splits are aimed at improving the liquidity. Jain said it works in actuality as shareholders are more likely to reduce their holding following a split. That's because of increased number of shares.

Within the past five years, one of the earliest splits was executed by the Lasco affiliated companies, but the wave became more pronounced in the past two years, spanning both junior and main market stocks.

Carreras has 485.44 million issued shares, just over half of which are held ultimately by parent company British American Tobacco Plc, while most of the rest is in the hands of institutional investors.

The Jamaican cigarette trader is known for its generous dividend policy, and has so far declared distributions totalling $5.80 per share or $2.8 billion so far this year. Carreras pays dividend quarterly and consistently.

Jain said the split was unlikely to disrupt the distributions.