Carreras to overhaul its constitution 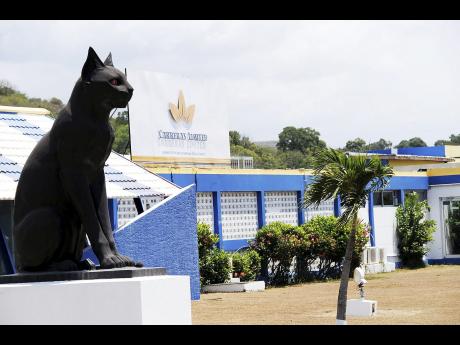 Norman Grindley
This file photo shows the former home of Carreras at Twickenham Park where it used to make cigarettes before exiting manufacturing in 2005. The complex was sold off years later.

Cigarette distributor Carreras Limited recently installed a new corporate governance committee whose first order of business was a reframing of the company’s constitution, which was originally written the same year Jamaica gained independence from Britain.

Finance Director and Company Secretary Janene Shaw says the current governance structure has been operative since 1962 and the new committee thought they ought to be modernised to reflect Carreras current business practices.

The overhaul also complies with newly amended regulations under the Companies Act as well as rules of the Jamaica Stock Exchange on corporate governance, Shaw said.

Carreras is one of the oldest listed companies in Jamaica, having listed in 1969, the same year the JSE began operating, according to the exchange’s records.

The adjustments are unrelated to parent company BAT, the company secretary said.

“BAT’s internal governance arrangements are policy-based and accordingly would not be required to be entrenched in the company's constitutional documents,” Shaw said.

“The iteration of the draft Articles of Incorporation being presented to the shareholders for approval is considered by the company and its advisers to be "best in class" and is consistent with the company's mantra of being aligned with best practices in all respect,” she added.

Carreras’ board approved the new Articles on July 26, giving the company a fairly narrow window to distribute the documents ahead of the annual general meeting.

Shaw declined to comment on what measures are being taken to beat the window, but insisted shareholders would have the opportunity peruse and compare the proposed changes.

“The documents, including the statement from the chairman, the draft Articles of Incorporation and a schedule showing the comparison between the 1962 Articles and the new Articles, are being collated for distribution to stockholders. These will be publicly available soon,” the company secretary said.