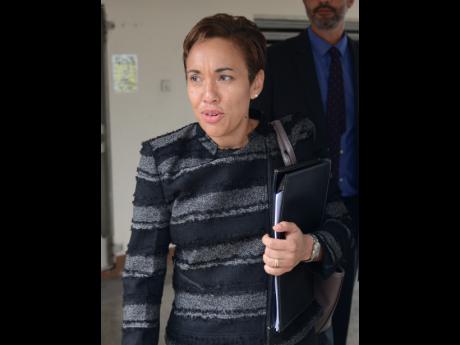 Shareholders of Scotia Investments Jamaica Limited are to meet on August 30 in Kingston to vote on a scheme that would give the green light to its parent Scotia Group Jamaica Limited to take the company private.

The meeting, to be held at The Jamaica Pegasus hotel in New Kingston, will also be beamed into the Hyatt Regency in Port-of-Spain, Trinidad & Tobago, via video link.

The scheme calls for the cancellation of shares held by minority shareholders at a price of $38 each and would result in the delisting of Scotia Investments stock from exchanges in Jamaica and Trinidad.

The stock is currently trading at $35 in Jamaica and TT$2.20 in Trinidad.

It will cost Scotia Group $3.7 billion to buy up all the outstanding minority shares, assuming full take-up of the offer. The banking group holds cash resources of more than $115 billion amid total assets of $490 billion.

The Supreme Court on July 12 this year, directed that the meeting be convened to consider the scheme of arrangement following Scotia Investments' advisory that Scotia Group Jamaica wanted to take the company private.

If the transaction is successful there will be no material impact on the current operations of Scotia Investments, but its shares would be delisted from the JSE and the Trinidad & Tobago Stock Exchange.

Under the proposal, shareholders whose shares are listed on the JSE will have the option to elect to receive payment in US dollars based on the weighted average selling rate published by the Bank of Jamaica three business days before the settlement date. In the case of shares cross-listed on the TTSE, the consideration will be payable in US dollars.

Jacqueline Sharp, president and chief executive officer of Scotia Group, has said investors wanting to continue their relationship with the Scotia family could do so by investing in Scotia Group shares, which trade under the symbol SGJ.

More than 3.11 billion SGJ shares trade on the JSE. The bank stock is currently trading just shy of $44.