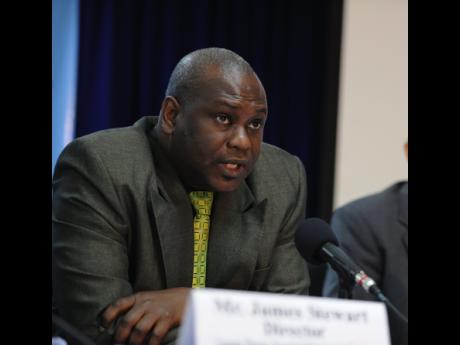 Everton McFarlane has been in charge at the Financial Services Commission (FSC) since August 2, but the appointment was only disclosed Friday in press advertisements.

The former financial secretary had been tipped for the job, but sources said others had been considered for the position.

McFarlane replaces Janice Holness, who was executive director from March 2013 up to earlier this year.

The FSC regulates Jamaica's private pensions market, the securities industry and insurance sector, giving it oversight companies that together oversee around $2 trillion of financial and other assets. In the most recent data sets released by the FSC, the general and life insurance sectors had combined assets of $368 billion at year end 2016, the 42 securities dealers tracked by the regulator had

$1.1 trillion of funds under management up to the same point, and the pension market was valued at $425 million at June 2016.

The FSC board's notice on Friday said that McFarlane will lead the executive management team "in executing the FSC's mandate to deliver a balanced, consistent and effective regulatory programme that will inspire confidence in Jamaica's financial system".

It comes amid complaint of the slow pace of pension reform, a years-long programme that has just moved into a new phase. The phase one reforms that dealt with governance and licensing, among others, were legislated back in 2004, while phase two will now take on issue such as vesting, locking-in of pensions, and portability.

McFarlane's appointment marks his second tenure at the FSC, having previously served as director of policy and research, and later as senior director of securities. The new boss worked with the Planning Institute of Jamaica before a short stint at the Ministry of Finance as financial secretary. He exited the latter job earlier this year.

A request for an interview was not granted up to press time. The agency later promised to respond to queries by midweek.

The board noted that McFarlane's track record included more than 20 years of experience developing and leading economic and regulatory policy initiatives in the public sector.

"He has served as technical adviser for national economic policies, and has played key roles in driving the development of comprehensive frameworks on tax policy reform and financial services regulation," the appointment notice said.

McFarlane's deputy, Jenez, will work directly with the executive director "to lead an effective and consistent regulatory programme that provides adequate safeguards for insurance policyholders, members of private pension plans and the investing public," the FSC board said.

Jenez joined the FSC as senior director in charge of pensions in April 2005. Her experience spans several years at the Bank of Jamaica, and later serving in senior management roles at both Citibank and the former Pan Caribbean Merchant Bank, now Sagicor Bank Jamaica.

McFarlane studied economics at the University of the West Indies, while Jenez is a Certified Public Accountant, the FSC said.