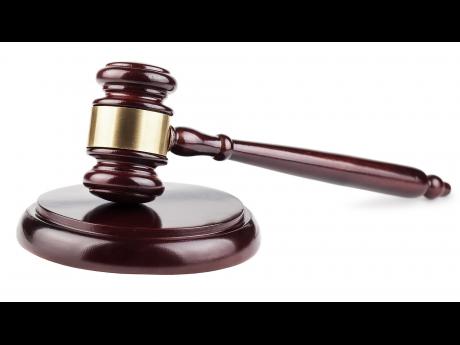 David Wong Ken and his partners have lost their case against former public officials and the National Investment Bank of Jamaica (NIBJ), which they accused of conspiring to ruin Western Cement Company so that rival firms to which they were connected could control the market for domestically produced quicklime.

The Court of Appeal at the end of July upheld the judgment of Supreme Court Justice Brian Sykes for NIBJ against Western Cement for repayment of US$15.25 million and J$9.53 million. It also upheld judgment against conspiracy for the five respondents to the suit - NIBJ, Clarendon Lime Company Limited, Limestone Corporation of Jamaica (LicoJam), Dr Vincent Lawrence, and the late former Mining and Agriculture Minister Horace Clarke. At the time the suit was filed, Clarke had a stake in Clarendon Lime and LicoJam.

Western Cement, which was formed in 1992 and had operations in Maggoty, St. Elizabeth, was engaged in the mining of limestone and the manufacture of quicklime, an essential element in the processing of bauxite. Jamalco was the largest consumer of quicklime in Jamaica at that time.

Western Cement was formed with support from the NIBJ, whose operations have since been merged with the Development Bank of Jamaica. The NIBJ provided loans to Western Cement and had a stake in the company.

In June 2003, NIBJ placed the company in receivership as a result of its failure to repay its debt.

Western Cement subsequently filed a claim in the Supreme Court alleging that the respondents conspired to ruin the business by preventing it from contracting with Jamalco, and promoting its competitor, Rugby Jamaica, to supply quicklime to the bauxite company.

It alleged that misfeasance in public office by certain of the respondents was utilised as part of the conspiracy.

The company sought damages against Lawrence, Clarke and NIBJ on allegations of conspiracy, breach of fiduciary duty and misfeasance for the purpose of damaging the interest of Western Cement in order to promote and secure the interest of LicoJam, Clarendon Lime and Clarke.

Among the accusations were that NIBJ allowed Lawrence to sit on its board while he was a director of Clarendon Lime as well as a consultant to the company and Clarke.

Lawrence also sat on the boards of bauxite/alumina-related firms in which the Govern-ment had stakes. Western Cement contended that Lawrence was aware of, and had access to, the details of its proposals for the sale of quicklime to the Jamalco alumina refinery, in which the Government was a major shareholder.

One of the allegations against NIBJ was that it entertained Western Cement's 1996 application for financing although it was already involved in financing Clarendon Lime, which also aspired to produce quicklime and which the Investment Bank helped to set up.

It further alleged that NIBJ concealed its involvement in Clarendon Lime and that the investment bank went further by appointing a representative to the respective boards of both Western Cement and Clarendon Lime. The result, it contended, was that the NIBJ breached a fiduciary duty owed to Western Cement.

Western Cement also contended that Clarke, as minister of mining between 1995 and 1997, was privy to information about Western Cement even as he was launching his own firm and developing a relationship with Rugby, but made no disclosure of his plans.

Clarke was chided by Sykes for his failure to disclose his interests in Clarendon Lime. Separately, that became the subject of a complaint against Sykes filed with the court by Clarke's estate, which argued that the issue was not a subject of the trial. Two of three appellate judges agreed with the complaint, but said Sykes' disquiet about the circumstances was understandable.

The arguments of a conspiracy were rejected by Sykes and the Court of Appeal accepted his findings.

Wong Ken told the Financial Gleaner that he is yet to decide whether to appeal the case further.