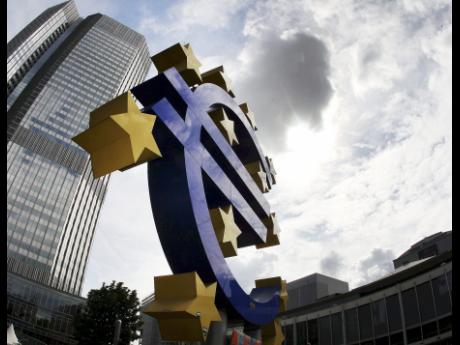 The European Central Bank's (ECB) policy-makers are still concerned that inflation in the 19-nation Eurozone is too low, despite an improving economy, and seem worried about the strength of the shared euro currency, their last meeting shows.

The account of the July 20 meeting, published on Thursday, shows the rate-setters noted that market investors seemed overly aggressive in thinking the bank would wind down its stimulus programme soon. That was reflected in the value of the euro, which has risen in recent weeks on expectations that the ECB would gradually move away from its ultra-low rates monetary policy.

Although the Eurozone economy is growing at a strong pace, inflation is only at an annual rate of 1.3 per cent, well below the two per cent target that the ECB considers most suitable for a healthy economy.

The meeting's account says "concerns were expressed about a possible overshooting" in expectations among investors, especially in currency markets, about how soon the ECB would let market interest rates rise.

Overall, the account shows caution by the ECB about how quickly to signal to investors that they would ease off their bond-buying stimulus programme. The programme seeks to keep market interest rates low - which, in turn, affect the costs of loans and mortgages - by flooding the financial system with newly created money. The ECB is pumping €60 billion (US$70 billion) a month into the economy.

"There was broad agreement among members that there was presently a continuing need for steady-handed and persistent monetary policy," the account said.

Many investors think the ECB will signal in the autumn its intention to dial down the bond-buying programme, and to actually do so next year.

The euro slumped upon Thursday's report, as some investors found the comments more cautious than expected. The currency fell almost a cent against the dollar, or 0.6 per cent, to US$1.1695.