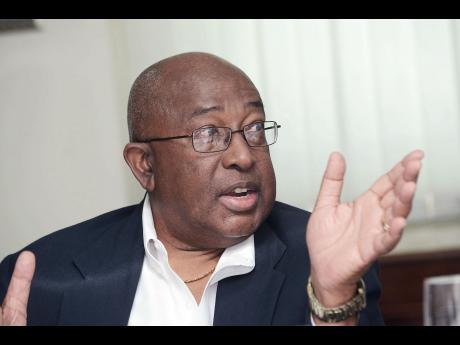 Dr Keith Amiel, head of corporate affairs at CB Group, says a rendering facility to be constructed at the company's new home base at Hill Run will produce chicken meal a product of chicken waste for export only.

Chicken meal, or protein meal as it is also known, is an ingredient in dog food, Amiel told Gleaner Business, while noting that CB would have its pick of pet food manufacturers when exports begin.

CB Group said last week it would invest US$120 million ($15 billion) over seven years to consolidate all its business operations on its 1,000-acre farm at Hill Run, St Catherine, to be called The Nest.

The operations will include a livestock research centre, over 500 acres of farm for its new crop division Imagination Farms, a poultry processing plant, as well as a protein recovery plant where the blood, feathers and poultry guts will be processed.

"All the parts of the chicken which are not going into preparation for immediate human consumption will go to this processing plant," Amiel said Tuesday.

The initiative is the reincarnation of a plan first touted six years ago to dispose of unused chicken parts by incorporating it in ingredients for the manufacture of poultry feed. But CB shelved the plan in a swift reaction to public response decrying the company's intentions.

At the time, its main competitor, Jamaica Broilers Group made an issue of the project, saying it does "not feed chicken to chicken". Amiel told Gleaner Business that CB intends to sell the chicken meal only to export markets, but that the protein extract would not be supplied as feed for chickens.

"The chicken flavour is a very popular flavour for dog preparations, and there are companies that make dog food all over the world. We can market to any number of them, given that Jamaica is short of avian diseases or any of these dreaded things that have been affecting poultry in Europe and Asia," Amiel said.

He said that while no specific company has been identified to date for the chicken meal, "we are confident that we will be able to dispose of it given the health status of Jamaica", he said.

The plant, he said will feature boiling and dehydrating processes with the end result being a product comes out looking "like brown sugar or cornmeal".