Derrimon bets on ‘Select’ health choices of the well-to-do 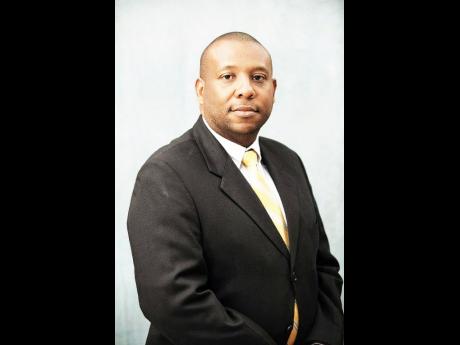 ​Derrick Cotterell, chairman and CEO of Derrimon Trading Company Limited, which has made a US$3-million bet on a new market segment with Select supermarket, says the unit has snagged the services of Chef Lisa Gabay - formerly of the Grog Shoppe - to run its deli and invested in more fresh produce.

The deli at the 10,000-square-foot supermarket, located at Upper Manor Park Plaza, is already a big draw at the months-old grocery operation.

Cotterell said that upgrades were implemented to give the upscale Manor Park neighbour-hood an improved shopping experience and more healthy choices.

"Vegetarians will have a great time here," Cotterell told the Financial Gleaner Business, noting that the fresh produce section is refreshed up to five times weekly with direct delivery from farmers, including herb growers in the Blue Mountains.

"We are trying to feature as many Jamaican products ... as possible, including all the herbs and spices. People are eating more healthily now and so we give them those options. Our fresh fruit is organic, because typically it has been grown in the wild," he said.

Derrimon is known for its value chain Sampars, but segued upmarket earlier this year through acquisition.

In March, the company established a joint-venture company to acquire the assets of Caribbean Home Entertainment Systems, operator of Carihome in Upper Manor Park Plaza. Select is the first store of a new brand. Sampars, meanwhile, has seven stores in operation.

"We did our research and we discovered that Jamaicans residing in Norbrook, Cherry Gardens and adjoining communities wanted a store close to home which delivers international quality products at Jamaican prices. They want to feel as if they are shopping abroad," Cotterell said.

The decor of the store has been changed to open plan with widened shelve areas and LED lighting.

"We have replaced the refrigeration to ensure that products are displayed at the right temperature," the Derrimon CEO said.

Cotterell said that the demographic in the locale includes a great number of retirees who experience shopping as therapy. Consequently, he said, Select had also poured funds into "expensive" customer service training for staff, many of whom were employed by the previous owner.

Select is also catering to a solid demographic of young people who would prefer to pick up a meal already prepared rather than cook themselves. The deli features both Jamaican and international cuisine.

But, the supermarket has also stocked its shelves for those who want to prepare their own meals, with fresh fruits and vegetables and fresh cuts of meat. Select has hired two butchers and will soon be introducing 'catch of the day choices' for local fish.

Derrimon, he said, while not averse to duplicating Select in other areas of Jamaica, would be focusing in the medium term on improving customer experience at the present location and perfecting the brand.