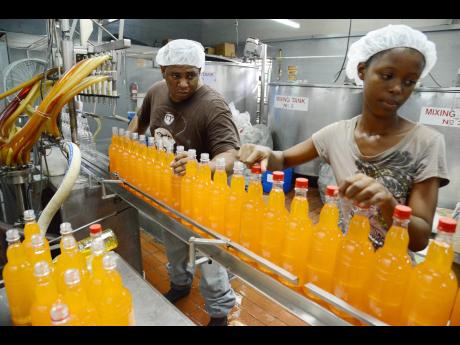 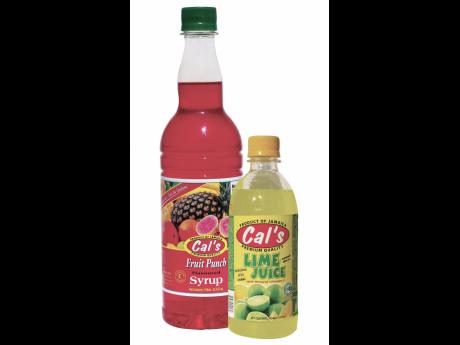 Syrup and lime juice sold by Cal's. The company is said to be one of the largest distributors of syrup.
1
2

Local syrup makers say that demand for their products spiked over the summer, which coincided with packaged sugar shortages, but is also a seasonal trend as temperatures rise and persons drink more to hydrate.

The syrup makers say they are relying more on exports and new products to grow sales, amid a flat domestic market.

"There has been no remarkable increase, but there has been no decrease either. This time of the year, in the summer, we sell more syrup. It always increases because of the heat, and children are at home," said Denese Palmer, CEO of Southside Distributors, which produces about 10,000 gallons of syrup annually for local consumption and export.

The company, located in Comma Pen, St Elizabeth, also produces a range of seasonings and canned foods, as well as flavoured syrups and pancake syrups.

Southside's syrups are sold to mom and pop shops, supermarkets and hotels.

"We only have a small fraction of the market about 15 per cent," said Palmer, adding that the dominant players are Very Amazing Products and Cals. "We also do exports about 10 per cent. We also have a new interest in Canada right now," she said.

The operation-run by Managing Director Pierre Chin, produces 100,000 gallons of syrup per month.

Sold by the case, each containing three or four gallons, production manager Beverly Daley says the company is the largest supplier of syrup on the local market. But, Director of sales and marketing Bevan Antonio also told Gleaner Business that sales altogether have been flat year-over-year.

"People are not buying more syrup. It comes back to options, which include finished drink. We have not really seen an increase," Antonio said.

The company is seeking to increase its contract packaging arrangements and expand its line of finished drinks to grow revenue.

Syrup is currently more than 90 per cent of production at Very Amazing, which includes its own label Pure and client brands.

"We co-package. We do similar formulations for GraceKennedy, for example, for both local and export markets. We also do some of Lasco Distributors' syrups as well, and some overseas brands in the United Kingdom, Canada and the USA," said Antonio.

Seventeen per cent of syrups produced is exported, he added.

Antonio said VAP supplies almost 1,000 cases of syrup to the hotels on a monthly basis, which is about two per cent of sales. "We sell through GK," he said.

The syrup produced is fruit flavoured, using both natural and artificial flavours along with sugar and preservatives, but VAP also does a squash in a number of flavours orange, grapefruit, melon, cherry, June plum and cranberry that is distributed to retailers and food service companies.

"The squash is like a syrup, but, instead of using flavours we use a fruit from concentrate or puree. It is a more natural product," he said, adding that the squash is about five per cent of production.

Very Amazing Products is looking to markets within and outside the region to gin up sales. It is also introducing more of its own finished drinks, of which it already has two Pure Splash and 2020 Splash on the local market.

Alongside plans to expand its range of beverages, the company is also weighing production of sauces.

"Usually, the Caribbean is not a good area for us because of the volumes they take, but we are now looking to expand into Trinidad and Barbados. We are in negotiating with some distributors in those territories, coming out of a Caribbean trade mission," said Antonio.

"Usually, the islands take less than a container load of any product. The territories are small. By the time they distribute, freight costs make it unprofitable. But, now that we have a wider range of products, it makes it easier. They may not take a full container of one product but three, four or five products," he said.

Very Amazing has a staff of 72, reduced in size due to the outsourcing of distribution to GraceKennedy subsidiary World Brands, Antonio said. The company was founded in 1994.