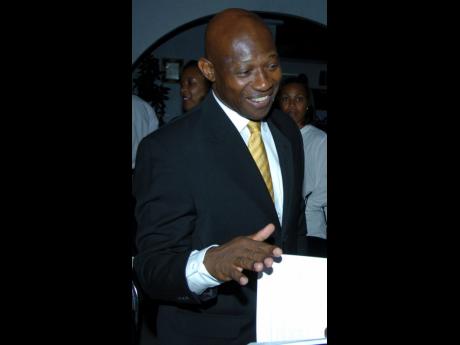 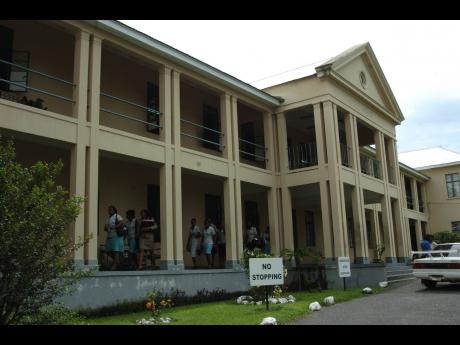 Rudolph Brown
In this 2006 file photo, students walk along the corridor at Shortwood Teachers' College.
1
2

Shortwood Teachers' College has increased efforts to recruit new students, including social media advertising, against the back-ground of an estimated 40 per cent fall-off in annual enrolment over the past five years.

The teacher-training outfit has also cut some programmes in response to market demand, while increasing recruitment in other areas, such as sports.

"The market is the biggest driver in enrolment. Where there is high demand, we recruit aggressively," said Principal Dr Christopher Clarke in an interview on Monday.

At one time, the school trained over 600 students to teach at the early-childhood, primary and secondary levels. In 2016, there were only 130 new students.

"Teaching has lost some of its attractiveness due to perceived poor remuneration and the other working conditions associated with it," said the principal.

But the aggressive marketing and more receptivity to the needs of the market is showing results. For this year, enrolment has ticked back up 175 new students, which Clarke attributes to the draw of sports.

"Our male football team has made strides in reaching the top division of the intercollegiate competition. Our track and field programme is showing promising signs after our 2017 outing where we were, arguably, the biggest mover - from 1 point in 2016 to 32 in 2017," he said.

The college has been cutting or reducing enrolment in courses where graduates are unable to find jobs.

The demand for teachers in some areas such as social studies, business studies, religious education and primary education are on the decline, and colleges have responded by reducing enrolment in those areas. At the same time, mathematics and the sciences are in demand, as are technical/vocational courses, including food services.

Shortwood itself has dropped religious studies from its curriculum, and added City and Guilds qualification in food and beverages, food preparation, and housekeeping. In Sep-tember 2017, it will offer two occupational degrees for the first time - Baking & Pastry Operations and Culinary Chef Operations.

While the school is funded by the Government, the principal notes that fees from students are increasingly important for covering costs.

"Additionally, and increas-ingly, our third-stream income contributes significantly to meeting the cost of our operations. Our approach to financing is therefore threefold: diversifying income generation, cost saving, and debt recovery," Clarke said.

"The greatest budgetary challenge, currently, and for the last several, years has been the need for capital for infrastructure development. The plant is old, the infrastructure needs to be replaced in part and refurbished in other parts ... we have outgrown the plant last developed in the '70s," the principal said.