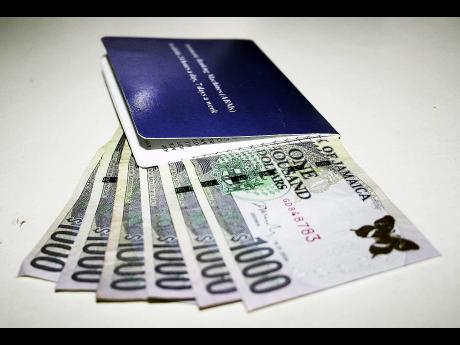 Fabian Ledgister
Reduce all or eliminate some bank charges

Sterling looks ahead to better results

The bottom line at Sterling Investments Limited took a hit at half-year, falling 32 per cent to $43 million.

The decline was tempered by a gain on the sale of investments, which quadrupled to $21 million. Sterling Investments attributes the gains to the overall improvement in the bond markets.

The company, which is managed by Sterling Asset Management Limited, also suffered from the relative appreciation of the Jamaican dollar.

"A big chunk of the assets are in US dollars," said Managing Director of Sterling Asset Charles Ross. "The exchange rate is not something we have any control over, but we'll focus on assets that earn a decent return and take trading gains where we can. We're confident that our profit position at the end of the year will be better than it has been for the beginning of the year," Ross said.

Cargo Handlers profit down by a third

Reduced activities at the wharf slashed net profit at Cargo Handlers Limited by one-third to $31 million for the third quarter ending June. It made $46 million in the comparative 2016 quarter.

The port company, which provides stevedoring and petroleum haulage services, also experienced a nine per cent drop in revenue to $74 million.

Over nine months, Cargo handlers earned $116 million from $255 million in revenue, compared with $124 million net profit on $234 million of revenue a year earlier.

PanJam Investment Limited grew profit by seven per cent in the June quarter to $941 million.

The conglomerate's performance for the quarter benefited positively from the $175-million increase in PanJam's share of results of associated and joint venture companies totalling $1 billion for the quarter. The rise in income was offset somewhat by declines of $95 million in investment income and $24 million in other income.