FTC heading back to Supreme Court over Digicel, Claro merger 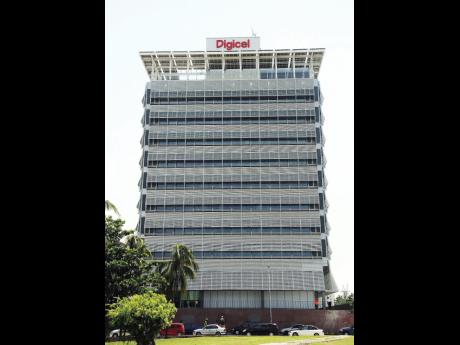 In a landmark judgment, the Privy Council ruled that the Fair Trading Commission (FTC) had jurisdiction to intervene in the 2011 merger of telecommunications service provider Digicel with another operator Claro, which had operated independently in Jamaica up to then.

The FTC said the judgment paves the way for it to resume its challenge in the Supreme Court of Digicel's acquisition of Claro. It said the decision now opens the door for divestitures in completed mergers, or instituting remedies to adjust anticompetitive effects.

Digicel, meantime, offered a succinct response in a short statement on Thursday, saying it believes it has no case to answer.

"This case has clarified certain legal jurisdictional issues. The Law Lords did not rule that the merger was anticompetitive. Jamaica's telecommunications market has become highly competitive since the Digicel/Claro merger," the telecom said.

"Time has therefore disproved the FTC's predictions about the effect of the merger."

The Privy Council decision sets aside the Jamaican Court of Appeal ruling that the FTC did not have jurisdiction, and restored the order of Justice Almarie Sinclair-Haynes who ruled in favour of the Commission in the Supreme Court in 2012.

The FTC filed a claim in the Supreme Court in 2011 after it completed an investigation into the Digicel-Claro merger earlier that year. The FTC claimed that the merger would not be beneficial to consumers and sought declarations that Digicel and Claro had contravened the Fair Competition Act.

In its ruling delivered on August 24 the Privy Council said Digicel relied on the prime minister's approval of the merger agreement under Section 17(3) of the Telecommunications Act as a shield it from intervention by the commission.

Then Prime Minister Bruce Golding was the minister with responsibility for information, telecommunications and special projects.

Lord Sumption, who delivered the ruling on behalf of the five-member board, noted that the Court of Appeal took the view that the full extent of statutory control over mergers fell under the Telecommunications Act.

"In the board's opinion, this is misconceived," the Privy Council held. It said that Section 17 of the Fair Competition Act, although it does not refer to mergers, establishes a regime of control over a class of transactions which includes mergers.

It follows that mergers fall, for different purposes, within both the Fair Competition Act and the Telecommunications Act, the Privy Council said.

Lord Sumption said the merger agreement, in this case, effected a transfer to Digicel of control over the operations of Claro. The approval of such a transfer was required in order to ensure that the transferee satisfied the principal qualifications required of a licensee for the original award of the licence, he said.

Although the prime minister, when announcing his decision to approve the transaction, said that he had taken competition considerations into account, those considerations had nothing to do with the statutory function which he was performing, Lord Sumption added.

He said the criteria for approval are concerned only with the transferee's ability and willingness to comply with the terms of the licence.

"They are not concerned with the transferee's compliance with the licensee's distinct obligation to refrain from anti-competitive conduct prohibited by the Fair Competition Act," Lord Sumption noted.

"For that reason, the prime minister's approval has no effect on the statutory functions of the commission as the relevant competition authority," he ruled.