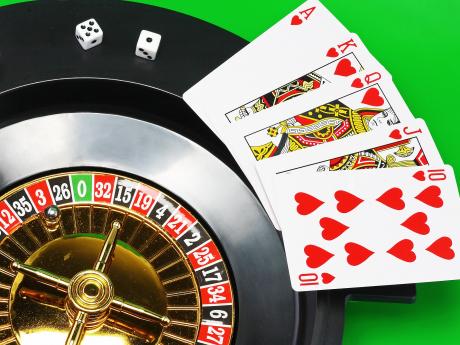 Argentina is currently like a big casino - a risky proposition.

Monte Carlo simulations can be useful.

Knowing the mean and variance of a phenomenon allows future outcomes to be simulated. Each outcome is random and independent, while adhering to the boundaries of a predetermined distribution curve.

Recently, they have been used to value GDP warrants, such as Argentina's. The exercise is arithmetic. Since 1970, Argentina's mean growth rate was 2.3 per cent y/y with a variance of 0.33 per cent y/y growth. These parameters, along with the payment stipulations for the warrants, allow an estimation of future payments.

These scenarios can be aggregated and discounted at the current sovereign spread to calculate a net present value. It is an interesting methodology, but there are problems.

First, it assumes that Argentina's past economic performance will prevail in the future. Other than skewing the shape of the distribution curve, the technique does not provide for any changes in domestic and international conditions.

What if Argentina changes its development path? Many countries, such as Chile, South Korea, Singapore and China, have radically altered their economic models and moved into steeper rates of development. The opposite can also happen. Therefore, a Monte Carlos simulation condemns a country's future performance to the past.

This leads us to the second problem. GDP growth is path dependent. It is not a random walk.

While countries are subject to internal and external shocks, GDP growth rates are mainly the result of domestic policy decisions and external economic conditions. This path dependency is highlighted by the sinusoidal business cycle.

Economic cycles take years to develop. In most countries, business cycles tend to unfurl over the course of four to six years. Policymakers try to minimise economic volatility because it is socially and politically destabilising. Furthermore, there is an additional wrinkle in estimating the value of the GDP warrants. No one knows what GDP series the government will use.

Governments regularly update GDP series to incorporate new goods and services. The GDP series that was originally used by the Argentine government was from 1993. In 2012, the government published a new series based on a 2004 GDP survey.

The prospectus allows for changes in the series by adjusting the baseline by the proportional difference in the two series.

The question is whether the government is going to adjust the baseline as of 2004 or 2012. If it makes the adjustment as of 2004, the baseline will rise far above the actual levels of GDP. Hence, the economy will have to post growth rates of more than seven per cent y/y for several years in order to trigger payment. However, if the baseline is adjusted as of 2012, the baseline will fall dramatically.

Even though our Monte Carlos model does not provide many instances when growth will be above three per cent, the few times that it does, it will trigger such high payments that 25 of the remaining 30 cents will be recovered. Discounting these payments by the sovereign spread produces a valuation of 15.5 cents.

This means that the earliest period when the economy can grow more than three per cent will be in 2019, with payment to be made in 2020.

The current members of the Argentine economic team will be long gone, and who knows who will be at the Ministry of the Economy. Therefore, no current government officials will opine on the topic.

Moreover, if the government uses the unfavourable GDP series, it will suffer a tidal wave of investor lawsuits. If it uses the series that is favourable for investors, individual policymakers will be sued by members of the opposition. This presents a perverse set of incentives.

If the country is sued, the government will need to get legal counsel. However, government officials have to pay for their own defence attorneys if they are personally sued by the opposition. So why are the warrants trading so high?

The only explanation is that investors still consider that the government may execute the collar that it announced more than a year ago. The collar provided a floor of 10 cents. Otherwise, the warrants should be trading at much lower levels, given the high level of uncertainty that surrounds it.

In the end, Argentina is like a big casino. Perhaps that is why Monte Carlo is the correct way to think about it.