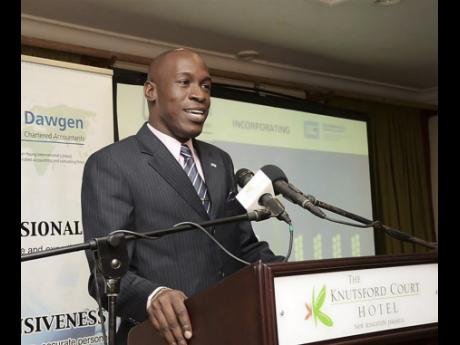 Dawkins Brown's firm Dawgen Group Limited has formed a new alliance with international partner Crowe Horwath, and is now looking to integrate the Jamaican outfit with a Trinidadian firm.

Brown, who is managing partner for auditing firm Crowe Horwath Jamaica Limited a new subsidiary of Dawgen Group created in September 2016 says his company has signed a memorandum of understanding (MOU) with Premier Consulting Group Trinidad & Tobago, PCGTT, a company owned and run by Cecil Phillips.

"Under the terms of the MOU, Dawgen Group will expand its current business offerings throughout Trinidad & Tobago by integrating ... to form Crowe Horwath TT," Brown told Gleaner Business.

Effectively, Crowe Horwath Trinidad & Tobago would be majority owned by Dawgen Group, with PCGTT as minority partner, Brown said, but he would not disclose the precise shareholding and the terms of the transaction.

The Trinidad outfit, which will operate two locations at Scarborough in Tobago and Port-of Spain in Trinidad, will also become a full member of Crowe Horwath International (CHI)

Dawgen's alliance with Crowe Horwath International comes after the ending of its partnership with another international group, UHY, in the third quarter of 2016.

"I took a decision to join a higher ranking network in keeping with our growth strategy," said Brown.

"The CHI agreement and structure allow us to expand in other Caribbean Islands. This was attractive as I want to operate a Caribbean-integrated firm," Brown told Gleaner Business.

Dawgen Group pays membership fees to Crowe, but he said the amount was confidential.

Brown said he would head the expanded operation, but that there would be different managers for different areas of the practice. He also expects the new operation to deliver bigger fees.

In Jamaica, he said Dawgen ranks among the top five auditing firms.

"We expect to be among the top seven firms in TT in the first 24 months," he added.