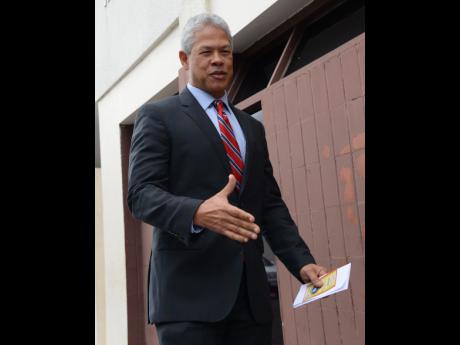 President and Chief Executive Officer of Sagicor Bank Jamaica, Donovan Perkins will be retiring from his position, effective September 30.

With his retirement, his deputy Philip Armstrong will act as President and CEO of Sagicor Bank.

Perkins has been a stalwart at the Bank and within the Sagicor Group for many years, said Christopher Zacca, President and Chief Executive Officer of Sagicor Group Jamaica.

Most recently, he successfully led Sagicor Bank through the acquisition and subsequent operational merger with RBC Bank Jamaica, according to a release from Sagicor.

Under his stewardship, Sagicor Bank has grown to be among the largest and most profitable commercial banks in Jamaica, the release said.

Perkins started his career in Miami at Bank of America before being recruited by Maurice W. Facey to join Pan Jamaican in 1993 and was given the responsibility to run Pan Caribbean Merchant Bank.

Pan Caribbean went through a series of mergers and acquisitions which included a number of Merchant Banks, Investment Banks and Commercial Banks that now comprise Sagicor Bank Jamaica.

With the acquisition of RBC Jamaica in 2014, Perkins was appointed President and CEO of the merged Sagicor Bank and had direct oversight of its profit growth.