Deposit insurance fund climbs to $17b as banks get bigger 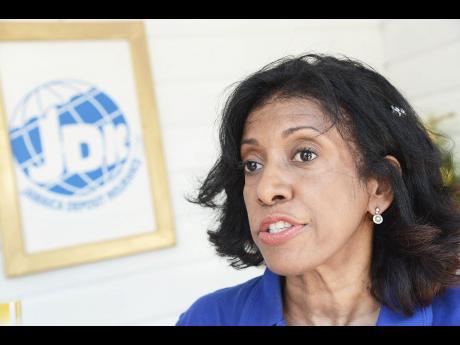 The agency that insures bank deposits says the protection fund it oversees has grown to nearly $17 billion.

Jamaica Deposit Insurance Corporation, JDIC, which manages the deposit insurance fund says, based on its last review, the average bank account held $198,200. That's one-third the level of protection offered by JDIC, which insures deposits up to a maximum of $600,000 per depositor.

The agency was set up in 1998 as a cushion for savers in the event of a bank failure. Some 11 institutions pay premiums to the JDIC, but to date, there have been no failures and consequently no claims on the fund.

JDIC CEO Antoinette McKain says approximately 96 per cent of deposit accounts within the banking system are covered by JDIC, just above the benchmark 90-95 per cent coverage recommended by the Inter-national Association of Deposit Insurers.

The 11 deposit-taking operations supervised by Bank of Jamaica - comprising eight commercial banks, two building societies and a merchant bank - manage $880 billion of savings on behalf of clients, based on central bank data to March of this year. By next year, the deposit-taking system is expected to grow by another 30-plus credit unions, which manage around $70 billion of savings, once the community banks migrate to central bank oversight.

The deposit insurance fund was valued at $9 billion three years ago. Its current size at $16.9 billion signals that the banking market has been expanding. Three years ago, the total deposits in 12 banking institutions was estimated at $645 billion. Two of those banks later merged, taking the number of players down to 11.

The JDIC conducts an annual survey of insurable deposits each December, said McKain. Member institutions are required to submit data on product types and to report separately on corporate deposits and retail deposits.

As part of its role, the JDIC reviews the products offered by the banks to their customers to determine whether they qualify for coverage.

"The JDIC assesses these products to determine if these fall within the definition of deposit, and if they do, they are automatically covered under the deposit insurance scheme," McKain said.

The agency's mandate also includes the restructuring of failing institutions, where necessary, but is yet to face that test. McKain, who has headed JDIC since 2007, said the agency is empowered under the Deposit Insurance Act to step in as receiver, liquidator or judicial manager of a member institution, its holding company or subsidiary which becomes insolvent.

"In acting in these capacities, JDIC may arrange for the restructuring of a member institution, whether by purchase and assumption, mergers and acquisitions, or open bank assistance transactions," she told the Financial Gleaner.

McKain said that up to June of this year, the fund's investment portfolio largely comprised Government of Jamaica domestic and global bonds, and Bank of Jamaica securities and deposits.

The creation of the fund followed widespread failure in the financial sector in the second half of the 1990s, leading to a massive government rescue that cost the country estimated 40 per cent of gross domestic product.