Still no answers on mandatory offer for C&WJ minority owners 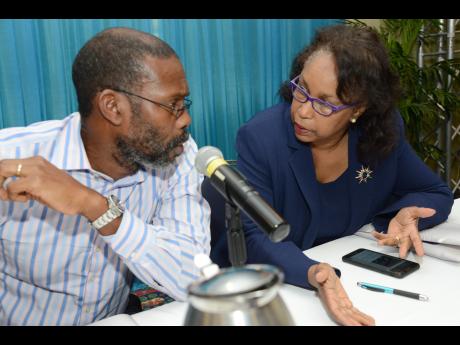 "That is certainly above the pay grade of the management of this board to respond," said Sinclair in response to a query on whether Liberty would buy out C&WJ minority shareholders.

Barbados shareholders are said to have approved an offer from Liberty at the C&W Barbados annual meeting last month.

"That is public knowledge. I was at the AGM where they were successful. They did it in a transaction where they set up another company and did the amalgamation," said Sinclair, who is also a member of the C&WJ board.

"They amalgamated the new company with the existing one, which had the effect of taking the company private and buying out minority shareholders in C&W Barbados," he said.

Jamaica's Financial Services Commission had been pushing for Liberty to buy out C&WJ minority shares, but the issue is now the subject of litigation. Liberty Global previously declined to say what it is asking the courts to determine, and there is otherwise a blockade on public disclosures surrounding the case.

Last year, Liberty acquired full control of CWC, which gave it a 77.1 per cent stake in C&WJ. Companies are required to make a mandatory takeover offer for minority shares once they obtain majority shares in a listed company. But the indirect control of C&WJ by Liberty falls within a grey area.