David Jessop | The moment for hard questions on Caribbean-EU relations 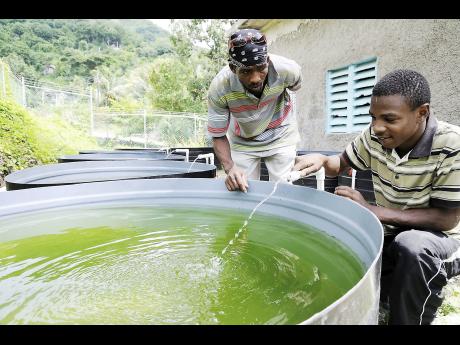 In this file photo, Howard Pinnock (left) and Roderick Miller adjust the equipment on ornamental fish tanks in Kintyre, St Andrew, a project backed by the European Union in Jamaica. Trade and other relations with the EU and the wider African Caribbean Pacific grouping will soon be up for review. 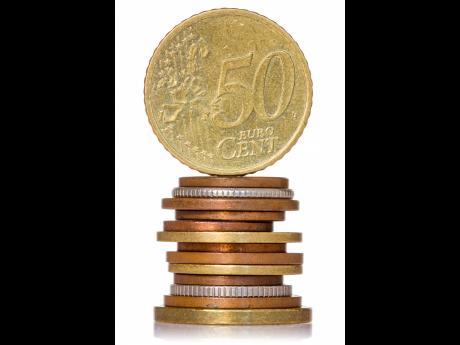 A year from now, negotiations will begin for a successor agreement to the Cotonou Convention.

The treaty, which expires in 2020, provides a framework for Europe's development cooperation, political dialogue, and economic relations, with 79 nations that largely were former colonies in Africa, the Caribbean, and the Pacific, known as the ACP.

Signed in 2000 and revised in 2010, the present agreement now embraces issues such as co-operation on security, climate change, and regional integration. Initially, the treaty detailed trade relations, but following the end of preference, such provisions are now contained in region-specific economic partnership agreements such as the EU-Cariforum EPA.

The new agreement, however, is likely to be significantly different, and to this end, the European Commission has begun drafting a negotiating mandate.

Europe's member states say that the Cotonou Convention's successor must better relate to the European Union's overall external relations policy and approach to development co-operation. Many also see greater future relevance in an approach that places political emphasis on the regions of the ACP.

Put bluntly, some European governments now doubt the relevance of a configuration linked to the historic legacy of a few EU states, rather than to the multipolar, multifaceted world in which Europe operates. Consequently, they question an arrangement that bears little relationship to the EU's strategic interests through a grouping that they believe has not delivered on its objectives.

They suggest that there are better solutions, that is, ones that have geographic coherence, emphasise outcomes, might additionally involve states that are geographically proximate to each ACP region, and which enables Europe to directly engage partners in civil society, including the private sector.

They also believe that a new agreement must take account of what the world might look like between 2020 and 2040, the likely period any new ACP relationship with Europe will cover.

It is a view that has led officials in the European Commission to consider an approach that could see Europe propose a successor arrangement that has, beneath an overarching ACP-EU legal framework and administrative arrangements, regional partnership agreements that are open to other states to join.

Against this background, the influential Maastricht and Brussels-based European Centre for Development Policy Manage-ment, the ECDPM, has produced a paper, "ACP-EU Relations Beyond 2020: Engaging the Future or Perpetuating the Past?", which questions how this might work in practice.

In it, the organisation - which has for long played an influential role in the ACP-EU relationship in educating without taking sides - asks several difficult questions that it suggests both ACP and EU member states might address before proceeding.

Its authors point to inherent contradictions in the approach that both the EU and the ACP governments are being drawn towards.

This involves, they suggest, on the one hand modernising the relationship by deepening political relations and mutual interest with each of the regions of the ACP; while on the other, falling back organisationally on an overarching ACP-EU framework, which, they argue, is "based on an outdated geographic ambit and institutional structures".

Describing the resulting outcome as an "ambiguous and half-baked reform proposal", the ECDPM suggests that the approach, if not altered, will give precedence to the geographic logic of the ACP something that they observe "only exists in relation to the EU and not beyond".

They also argue that by preserving an overarching ACP framework, institutions, and rules, Europe would be perpetuating an institution "whose relevance, legitimacy, effectiveness, and sustainability have been seriously challenged by the practice of the past decade". They suggest, too, that the European Commission's thinking would reinforce the primacy of "a highly centralised, statist framework for international co-operation", which, they argue, is now at odds with present multilayered multifactor approaches to international cooperation.

What the ECDPM proposes is the development of a regionally driven bottom-up mandate, involving a much wider group beyond the small circle of officials and diplomats currently involved in ACP discussions.

This will not be easy in the Caribbean, not least because with some important exceptions, the voice of Caribbean civil society and its institutions is at its weakest for decades.

So far, there has not been any regional or national debate involving the private sector, academia, or other parts of civil society on the relevance of the ACP, the future relationship with Europe, or how best to engage in future with either at a strategic or practical level. Which is to say nothing about how a future EU relationship might relate to the changing commercial and political balance in a region in which new partners, including China and Russia, are seeking a long-term economic role, or what it might mean for the redirection of national and regional resources.

The answers to such questions are not just of significance to Europe, but could also provide guidance to those in and around the Caribbean basin as to how over the next 20 years the anglophone part of the region, in particular, intends coordinating positions with nations that are geographically proximate.

For many in the Caribbean, the relationship with the ACP relates to shared history, particularly, but not exclusively, with Africa. It runs from slavery through independence, and on to post-colonial and subsequent trade arrangements with Europe.

This has sustained, albeit at times with difficulty, a single response to Europe and more recently, practical cooperation in multilateral forums on wider policy issues such as climate change and trade issues.

The need to renew the region's relationship with Europe after 2020 offers a unique opportunity to consider whether there is a case for rebalancing the relationship in ways in which geography and neighbours come to play a greater role in the Caribbean's future. This does not mean abandoning the ACP, but discussing mechanisms and alternative approaches better related to 21st century economic and political reality.

This may, therefore, be the moment to begin to question whether Cariforum's overall relationship with Europe might be better managed from the region through alternative institutions imbued with new thinking within a much looser ACP context.