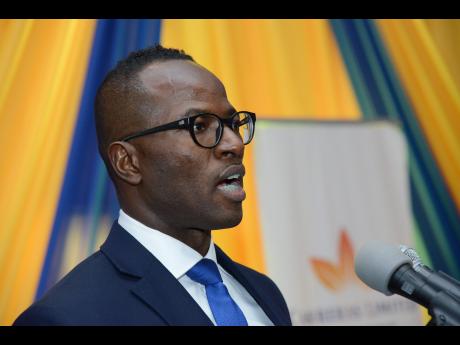 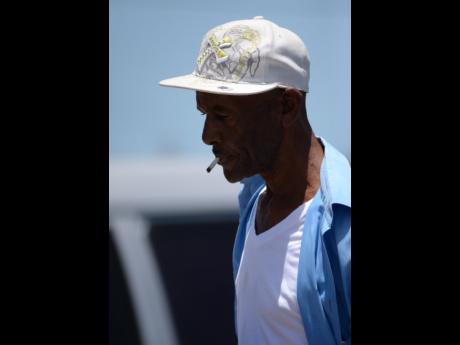 Jermaine Barnaby
A cigarette smoker lost in thought on the streets of Kingston in June. As the taxes on cigarettes grow, smokers are paying more to light up and Carreras is feeling the effects of the shift towards cheaper alternatives.
1
2

Carreras is now more careful about how it deploys its marketing dollars to protect sales volume and hold on to its customers, who tend to migrate with every tax assault on cigarettes.

In one of the most dramatic quarters for the cigarette trader in June, it lost close to half-billion dollars of sales that it linked to the latest increase in the special consumption tax. As offset, Carreras increased cigarette prices by $3.10 per cigarette stick in March.

With that, demand shifted to cheaper products mostly illicit cigarettes as Carreras tells it.

"Total smoking consumption will never decline, so when there is a price increase, all that happens is that consumption shifts from the legal side. We are aiming to shift that back," said Managing Director of Carreras Marcus Steele.

The Jamaican government tends to increase the so-called 'sin' taxes when it needs revenue for its spending plans. Typically, that means new taxes on alcohol and cigarettes, but more so the latter.

With each budget season, when cigarette taxes are expected to climb, Carreras tends to see a spike in sales as smokers hoard. The cigarette trader typically treats the SCT as a pass-through expense, meaning that its customers end up paying for all or most of it through increased prices.

"Our volumes tend to increase in the lead-up to a price increase. We saw that happening in May 2016 and that was reflected in the June 2016 results. With the price increase being in March of this year, there was a bump that showed up in the first quarter [of the calendar year]," Steele said.

"The downside is that in the ensuing quarter we see lower volumes, but we expect that to normalise by September."

In June, the cigarette trader's first fiscal quarter for 2017, revenue dropped to $2.9 billion. That reflected a fall-off in sales of $487 million year-on-year.

Carreras said the demand for its products migrated to other smokes due to a 21.4 per cent increase in the price of its cigarettes.

"People are not looking for illegal cigarettes per se; they are really looking for a cheaper smoke and that is why some persons even go for rope tobacco," the Carreras boss argued.

Carreras sees its challenge now as convincing its customers that it, too, can be a source of the cheaper alternatives they seek. This month, for example, it will relaunch 'Fyah Grabber'.

Steele is not disclosing the marketing budget for this year.

Last year, the funds spent on product development nearly quintupled to $22 million, but promotions were cut 29 per cent to $27 million. Within the period, Steele said Carreras extended the range of brands it distributes, revamped the company's route to market structure, and adopted a more targeted approach to promotions.

"We realised that we needed to be more focused in our marketing spend. There is no real value in going to every location to do a promotion, so if there are, say, 10 bars in an area, we would probably focus on the two most influential spots and draw the consumers from the other eight to them. In doing so, we get to more people with less spend," he said.

Externally, the company also continues to work with boarder control agents to tamp down on smugglers.

Discounting the business that flow to smuggled smokes, Carreras said it controls 98 per cent of the 'legal' cigarette market. It distributes brands owned by parent company British American Tobacco Plc, as well as Matterhorn and its own top-selling Craven A.

Its profits, too, have been steadfast, as have the generous dividends it is known for. For the year ending March 2017, Carreras made net profit of $3.8 billion, up from $3 billion the year before, and paid dividends to stockholders that added up to $7.10 per share or $3.4 billion.

Those stockholders approved a ten-for-one stock split at the company's annual general meeting last week that will increase the number of listed shares to 4.85 billion units, while cutting the stock price down to a more affordable $10 to $11.