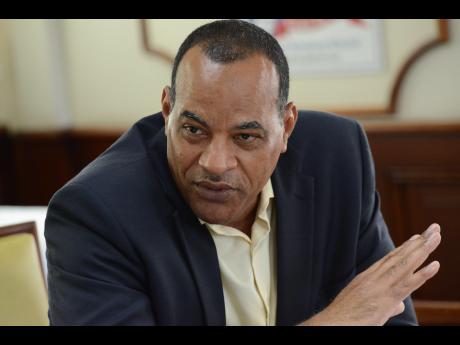 Rudolph Brown
Dr Paul Aiken, head of the Electronics Unit in the Department of Physics at the University of West Indies, Mona.

The University of West Indies, Mona (UWI) will set up and operate a 7 megawatt liquefied natural gas (LNG) facility, which is projected to shave off up to $350 million annually from the campus' energy costs.

Those savings equate to around half of the campus' energy bill, said head of the electroncs unit, Dr Paul Aiken.

"Energy costs are the second-highest costs to the UWI, followed by salaries, and we can't do anything about salaries but we can add LNG," said Aiken at a Gleaner Editors' Forum on Tuesday, while making the wider point that the campus wants to reduce its expenses in order to better offset the rising cost of student tuition.

UWI, Mona selected American company New Fortress Energy as LNG supplier for its plant from a field of two other regional contenders.

"The capital to do the project will be somewhere in the single digit millions, in the region of US$7 million, but we are trying to get it down to US$6 million," said Aiken following the forum. Those prices translate to around $800 million to $900 million in local currency.

The university expects to sign an agreement with New Fortress around October, after which it will purchase and install five General Electric engines to drive its power plant.

The plant will run on LNG, with liquid petroleum gas or LPG as back-up, and is due for commissioning by July 2018.

Under the partnership with New Fortress, the energy company will provide grants and scholarships and assist in training more than 100 electrical power engineering students, according to UWI. The number of those students is expected to increase to over 300 in the next two years, with the Government of Jamaica and the University's goal to dramatically increase the total number of graduating engineers to over 1,000 per year. GE will also provide training to students, UWI said.

"The added advantage is that we formed an engineering company, Mona Tech Engineers, which will be the operator of the plant; so it will be a full university system and training," said Aiken.

"We will be developing the next generation of electrical power engineers to support all the infrastructure, so this includes the Red Stripe's and the JPS's ... so they do not have to bring down expatriates," he said.

New Fortress is also developing LNG infrastructure for Red Stripe Jamaica to power its Kingston brewery and has developed gas-supply infrastructure in Montego Bay through which it supplies JPS' Bogue power plant, after its conversion to a combined cycle operation by GE.

The UWI Mona project is to be developed in phases, starting with a cogeneration unit using thermal energy to cool the buildings, from which it expects $52 million of savings. The second phase will involve the LNG plant and expected savings of $300 million per year.

Under the terms of the fuel supply agreement as stipulated by UWI documents, New Fortress will upgrade and expand the existing cooling infrastructure.

The engines are expected to last for 30 years.