Wisynco complex rises bigger from the ashes of year-old fire 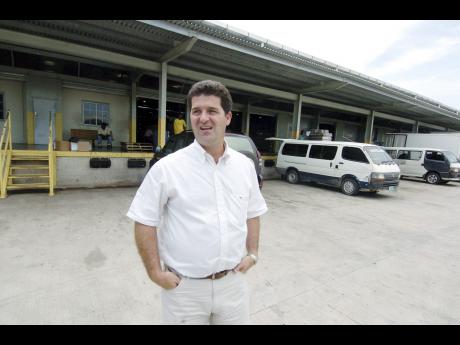 Ricardo Makyn
In this file photo, William Mahfood stands on the grounds of the Wisynco complex in St Catherine. Today, Friday September 15, he will unveil the rebuilt distrition centre and upgrades underway to the company's manufacturing lines.

Wisynco Group Limited will today unveil a rebuilt complex that is nearly 50 per cent bigger, and will soon sport a new beverage plant and cold storage facility, all costing the company more than $2 billion.

Speaking ahead of the official opening of the Sam Mahfood Distribution Centre, company Chairman William Mahfood says the company has managed to rise from the ashes of the old facility destroyed by fire last year, to one that is bigger and better.

It took an investment of US$20 million ($2.6 billion), partly financed by the insurance payout for the fire as well as bank debt.

"We had the fire in May [2016]. There was a lot of cleaning up and demolition to do, then we started the construction and expansion in August last year and now, here we are," Mahfood said.

The destroyed facility was fully insured.

"This will make us that largest drinks plant in the English-speaking Caribbean. With that sort of capacity, we will be in a position to launch into export markets - we're looking aggressively at that," Mahfood said.

The Wisynco chairman, who as head of the Private Sector Organisation of Jamaica two to three years ago, aggressively lobbied for a more level competitive trading field, especially with Caricom partner Trinidad, now says he has noted a shift in the economic environment that is more conducive to Jamaican companies tapping into markets offshore and in the neighbourhood.

Some of the export opportunities relate, he said, to Tru-Juice and other brands made by joint-venture partner Trade Winds Citrus Limited, in which Wisynco has a 50 per cent stake. Under the deal with its juice partner, Wisynco handles the distribution of its drinks.

Regarding the speed and relative ease of reconstruction and expansion at his own Lakes Pen, St Catherine-based complex, Mahfood said three factors combined to put his company's distribution hub back in commission within a relatively short period.

"Insurance was the biggest part of the financing, so the settlement was a big help; but we took on some debt, and here we worked with NCB. We also put in some equity to go through with the total project," Mahfood said.

Pressed on how big a benefit he got from the insurance payout, Mahfood said the proceeds of the claim could not adequately compensate for the problems associated with not having a central location and the higher costs and loss of business that arise from a disaster.

When the fire gutted his central storage facilities, Mahfood was forced to set up multiple distribution points.

"We were operating from seven locations. That adds to transportation and other logistical costs. Yes, we had a good insurance settlement and it's important to have that, but that money is never enough to cover those other unseen costs that came from just the disruption arising out of an event," he said.

The old Wisynco facility employed 300 persons. Mahfood says the number of employees will remain the same for the time being, but he is in the process of hiring because of the requirements for upgraded skill sets at the reconstructed facility, which he will be showing off today at a formal ceremony.

"It is a little bit more advanced in terms of the nature of the jobs, and so on. The operators who work inside of the warehouse, in terms of forklifts and even on the IT side, are going to have to be upgraded. So what we are trying to do now is to upgrade a lot of those people internally and to hire line staff to replace those persons to be promoted," Mahfood said.

The new manufacturing lines and the cold storage facility are expected to create another 50-75 jobs in four to six months, when they come on stream.

UPDATE: This story has been updated to remove an incorrect reference regarding the relationship between William Mahfood and Sam Mahfood. They were not father and son.