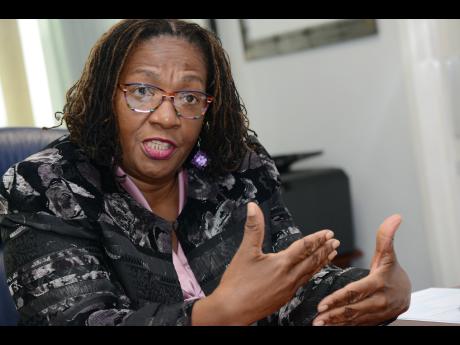 Consultations on a new structure under which regulators can step in to save financial firms from insolvency or wind up failing operations have wrapped up and the proposal for the so-called Special Resolution Regime is now before Cabinet for consideration.

Once it hurdles executive approval, the policy will be drafted into legislation for debate and passage in Parliament.

It will give regulators the power to take over or direct operations at banks, credit unions, securities dealerships and insurance companies that are in danger of failing before their equity is wiped out.

The policy paper on the resolution authority for the financial sector, which is worth around $3 trillion in assets, was released for public consultation in February by the Bank of Jamaica, Financial Services Commission, Jamaica Deposit Insurance Corporation and the Ministry of Finance.

The last time Jamaica experienced systemic failure of the financial system, it cost the Government $140 billion to rescue the sector. The regime under consideration is meant to ensure that taxpayers are not called on to fund another bailout programme of that magnitude again.

The new regime proposes to monitor systemic contagion and reduce recovery costs, contemplates forcing owners of financial institutions to recapitalise the business, allows regulators to take over the management of failing firms and to override shareholder rights. There are also provisions for the protection of the rights of investors.

Deputy Governor for the Financial Institutions Supervisory Division of the BOJ, Maurene Simms, said the timeline for tabling of the legislation is still to be determined.

"However, we are working towards having the legislation in place before the end of 2018," Simms told Gleaner Business. "The proposals are currently before Cabinet and drafting instructions will commence as soon as Cabinet makes a determination," she said.

CEO of the JDIC Antoinette McKain says some issues are still under review, but says she expects the draft legislation to be tabled by July 2018.

"Though the consultation period was completed and proposals made to Cabinet, given the significance of the proposals there are issues that are still being reviewed for conclusion," McKain said.

Simms said the special resolution regime will initiate "timely and effective actions" when the regulators determine that a systemically important financial institution is failing and has no reasonable prospects of returning to viability.

"The proposed regime will therefore provide suitable indicators and clear standards to guide the resolution authority in determining whether the conditions for entry into resolution have been met," the central banker said.

Those triggers include: insolvency, that is, the value of the assets falls below the firm's liabilities, or is in danger of doing so; the financial institution being unable to pay its debts as they fall due; a breach of the firm's licence; and a strong likelihood of material deterioration of the company's financial position.

Financial institutions will be required to develop recovery plans, otherwise called living wills, detailing "how they will minimise the possibility of collapse and ensure continuity of operations in a crisis," Simms told Gleaner Business.

"Importantly," she added, "the Resolution Authority will use these recovery plans as a critical input in its development of resolution plans for FIs and their groups."

The Resolution Authority will operate independently of the prudential oversight functions of the regulatory bodies, Simms said, but would work closely with the prudential supervisors such as the FSC and supervisory and financial stability arms of the BOJ.

Requests for comment from the Jamaica Securities Dealers Association and the Jamaica Bankers Association on their reception to the new regime were unanswered. However, the BOJ deputy governor said feedback on the consultative paper was positive and constructive.

"Stakeholders are receptive to the position that there should be a regime that seeks to ensure that, in the event of a crisis, distressed financial institutions and financial groups that provide critical services to the public can be resolved without undue disruption to the financial system, while at the same time minimising cost to the public purse," Simms said.