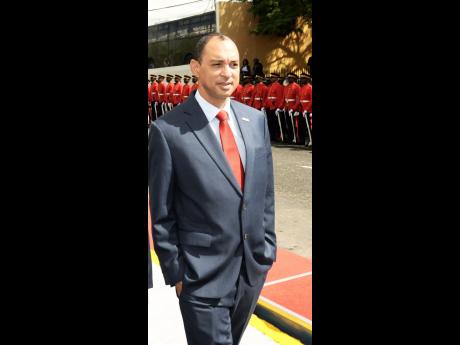 In June, GraceKennedy Limited commissioned space under a business process outsourcing project that it began working on two years ago in downtown Kingston.

But it did so in partnership with Sutherland Global Services under an arrangement that Group CEO Don Wehby says is confidential.

GraceKennedy spent more than $150 million to ready the space for Sutherland Global, and will be spending around $250 million more to finalise the project, Wehby told the Financial Gleaner this week.

Essentially, the BPO investment is part of the strategy first laid out two years ago by the conglomerate to chart a path to new business in infrastructure and energy financing through subsidiary GK Capital Management Limited.

According to Wehby, GK Capital is now pulling together a financing deal for the 7MW gas-fired power plant that the University of the West Indies plans to develop on the Mona campus; arranging financing for the Eight Rivers solar plant in Westmoreland; and is a minority partner in a consortium that is bidding for the Norman Manley International Airport.

Altogether, the three projects have an estimated value of around US$160 million, by Financial Gleaner's estimate. However, GK Capital's managing director, Steven Whittingham, said that for the solar farm and airport, GK is sourcing only a part of the financing.

Focusing on the BPO sector

Development Bank of Jamaica is reviewing proposals from nine pre-qualified firms, who are expected to submit their bids for the airport concession in November.

GraceKennedy, through GK Capital, "is focused on financing and arranging financing for infrastructure projects in Jamaica," said Wehby. "The BPO sector is one of the areas in which we have invested and will continue to invest as opportunities arise," he said.

The BPO space occupied by Sutherland Global in downtown Kingston seats 400 agents. The country head of Sutherland, Odetta Rockhead Kerr, was said to be in meetings planning for the busiest season for the company's Fortune 500 clientele, which is Christmas, and was not reached for comment.

In 2015, another Grace-Kennedy subsidiary, GK Investments Limited, entered into a lease arrangement with the Postal Corporation of Jamaica, Jamaica Post, for a section of the agency's property located at 6-10 Camp Road in Kingston, which also houses the Kingston Central Sorting Office (CSO).

That same year, Grace-Kennedy disclosed it would be going after investments in media, energy, and BPO, but as an investor through GK Capital and not an operating partner.

Under the terms of its deal with Jamaica Post, GK Investments leased the second floor of the building, measuring some 59,000 square feet, with the potential to increase the space to over 200,000 square feet.

"The capital improvement of the CSO facility is done by GK Insurance Company Limited with GK Capital. The terms of the agreement between GraceKennedy Limited and Sutherland are confidential, but we are looking for opportunities to expand the relationship," Wehby said.

Sutherland Global is an American company founded in 1986 and is one of the largest BPO investors in Jamaica, employing around 5,000 people. Globally, the company operates in 19 countries, employing 60,000 persons who execute 43 million transactions monthly, and pulls in US$1.2 billion in revenue, according to information disclosed on the company's website.

"Phase one, 20,000 square feet, is complete; and phase two, 40,000 square feet, will be completed in October," said the GraceKennedy CEO. "In total, the project will result in the creation of capacity for over 1,000 BPO seats," he said.