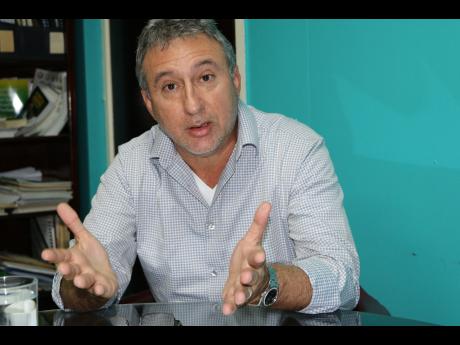 Metry Seaga, president of the Jamaica Manufacturers Association, JMA, is encouraging retail chains to partner with the manufacturing sector to increase the volume of locally produced goods on their shelves.

Seaga, who was keynote speaker at the unveiling of the upgraded Hi-Lo supermarket in Portmore Pines, St Catherine on Thursday, said such retail chains have a role to play in import substitution.

Hi-Lo Food Stores, the grocery retail arm of GraceKennedy Foods, completed the renovation of the Portmore store, a 24,000 square foot operation, as part of a chain-wide retail face lift.

“The retail trade has the potential of generating further manufacturing activity through white labelling,” Seaga said. He noted that while many food items were already being produced for supermarket brands, there were many more opportunities to be explored in chemicals, household items, pharmaceuticals and other items.

“Manufacturers can be engaged to produce these goods under the supermarket brand," said Seaga. "The JMA therefore implores your team to explore more areas for vertical integration. We must work together … to expand our contribution to employment, expanded output and foreign exchange savings.”

He said the JMA would be launching  an initiative later this year to get more of the products of small business on local shelves.

The Hi-Lo grocery chain is one of the largest locally with 13 stores, taking second place to the Progressive Grocers consortium's 30 stores.

Hi-Lo Portmore is the fifth in the chain to be renovated under phased renovation exercise that began in 2015, with the Manor Park store being the first. Other stores renovated to date are Barbican and Liguanea in Kingston and Fairview in Montego Bay.

Speaking at the event GraceKennedy's Group CEO, Don Wehby, said the total spend to date on the upgrades was US$5 million.

The Portmore store has operated for seven years. It's newly unveiled features include expanded product offerings, a dine-in deli, bakery and a juice bar. The location will also be the home to a branch of the First Global Bank. The LiveWell Pharmacy, already a  part of the store, will continue its operations from the location.

Next to be upgraded will be the Cross Roads store in early 2018, and Spanish Town shortly after, it was disclosed.

Wehby said Hi-Lo has operated in Jamaica for 32 years.