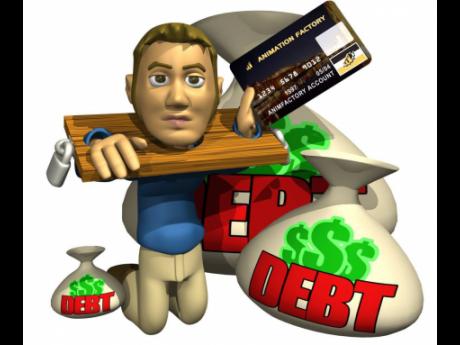 If you have received an adverse court judgment requiring you to make payment for a debt or an order for maintenance support of a family member, you cannot hope to escape from the obligation by declaring bankruptcy or seeking protection under Jamaica's insolvency laws.

And if you have no assets that can be sold to satisfy the debt, but earn an income, your wages will be annexed to pay off creditors.

Over the past three years, the Office of Insolvency has handled 33 cases for persons seeking protection, but only one filed for bankruptcy.

"The trend continues with individuals applying for bankruptcy only when they are in a desperate financial crisis," says attorney-at-law and Government Trustee Fayola Evans Roberts. "Discussions are ongoing with a view to commencing a nationwide public sensitisation campaign to educate the populace on the different regimes under the act and the availability of earlier intervention," she said.

Individuals have to owe $300,000 or more to seek protection or file for bankruptcy.

Going that route, however, does have consequences. It becomes part of the bankrupt person's credit history and can affect the individual's credit scores for up to seven years. And like companies, individuals who file for bankruptcy have to pay fees to the trustee appointed to administer their case.

Terrence Cooper, CEO of CRIF NM Credit Assure Limited, says being declared bankrupt or insolvent is "the worst" thing to happen to an individual's credit rating. However, the individual's credit scores will recover year by year as the debts are cleared, and after seven years, the filing will be removed from the records. Cooper said that the rating would rebound 100 per cent at the seven-year mark.

"Whether or not such an individual will be able to access credit in that seven-year period will depend on the relationship they have with financial institutions," he told Gleaner Business.

Cooper also noted that he has seen cases where persons were granted credit after two or three years of good conduct, following a bad rating.

Evans Roberts is cautioning that while individuals are entitled to seek protection under Jamaica's insolvency laws to restructure their finances, it should not be seen as a means of escaping their obligations. Instead, she said, it should be treated as a means to secure orderly resolution of one is finances.

There are two pathways to restructuring personal debt, where an individual owes $300,000 or more: the debtor can make a 'proposal' to creditors for a settlement of the debt, and avoid bankruptcy; or opt for bankruptcy, that is, assigning property to creditors, the trustee said.

In a bankruptcy, secured creditors are expected to rely on the agreements they have with borrowers regarding securitisation in order to collect on the debt. For example, a mortgage lender is likely to repossess the person's house, or the bank might repossess a car used as collateral for an auto loan.

Under the proposal for settlement, all creditors must be notified, but the debtor does not have to publish the information in the press. However, a bankruptcy filing has to be made public.

"Bankruptcy opens the way for all unsecured debts to be satisfied, thus publication in a newspaper is mandatory. Additionally, notice must be given to all known creditors, and for corporate insolvents, notice is to be given to the Companies Office of Jamaica," Evans Roberts said.

The bankruptcy laws do not discriminate regarding the types of debt that can be restructured even if it relates to funds owed to the taxman.

"The threshold for a debtor to access the insolvency regime is a minimum liability of $300,000. Should an individual, for example, owe that amount to Tax Administration Jamaica, there is nothing in the act excluding an application for bankruptcy," the trustee said.

Evans notes that all taxes that are due and payable by the debtor within 12 months of the bankruptcy excluding penalties and interests rank as a priority claim under the act. So, in the restructuring of personal debt, the tax authority is among the first to be paid.

Generally, a discharge from bankruptcy does not release the debtor from court-mandated fines and penalties that relate to an offence or bail and civil proceedings relating to bodily harm or sexual assault, and wrongful death.

There is no release for liability under a Support or Maintenance Order; for any debt arising out of fraud, embezzlement, or misappropriation while acting in a fiduciary capacity; for any debt incurred in obtaining property by false pretence or fraud; or for liabilities for a dividend that an undisclosed creditor was entitled to receive unless the creditor had notice of the bankruptcy and failed to take action to prove the claim.

There is also no release from student loan debts incurred before the date or within 10 years after the date that the bankrupt individual ceased to be a student.