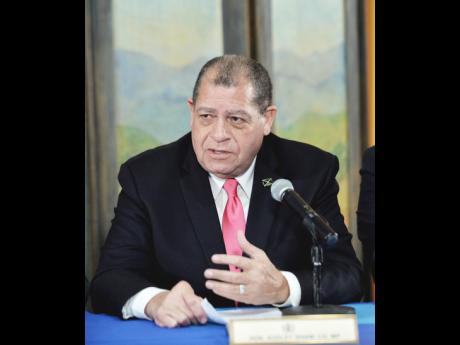 Despite an increase in employment, there was a near one-third decrease in collection of personal income taxes for the first four months of this fiscal year, April-July, relative to the corresponding period last year.

While the Government said that the tax authorities are examining the 31.6 per cent decline, it conceded that the level of remuneration associated with the increase in employment may well be a factor as the majority of those workers may well be below the personal income threshold and may not have been subject to Pay As You Earn, or PAYE, deductions.

"Also of note is the substantial decrease in PAYE revenues in comparison to the April to July 2016 period, which is directly linked to the second phase of increases in the income tax threshold," according to the interim report of the Fiscal Policy Paper for fiscal year 2017-18 table in Parliament last week.

A labour market survey in April, conducted by the Statistical Institute of Jamaica, showed that the unemployment rate fell by 1.5 percentage points to 12.2 per cent compared to April 2016.

According to the Fiscal Policy Paper, during the four months under review, all the major tax types performed well relative to both budget targets and the previous year's out-turn.

However, along with PAYE, which was 4.6 per cent below budget, special consumption tax, or SCT, on imports contributed negatively in a 52.2 per cent deviation from the budgeted target.

Collection of income and profit taxes totalled $34.65 billion, with corporate taxes accounting for $13.13 billion, or 33.6 per cent above target.

Corporate tax collections were also 36.6 per cent higher relative to the fiscal period in 2016-17.

The Fiscal Policy Paper, tabled by Minister of Finance Audley Shaw, noted that "the increase in revenue from companies is due in part to improved compliance, increased profitability of the companies and growth in the number of taxpaying companies".

Concomitantly with corporate tax, minimum business tax performed well against budget, recording a 36.6 per cent or $103-million increase in collections.

On the other hand, it said, there were some offsetting weaknesses in tax on dividends, tax on interest and PAYE.

Tax on dividends recorded a shortfall of $119.4 million or 23.6 per cent less than the budget, and collections were $40.3 million or 9.4 per cent lower than the corresponding period in fiscal year 2016-17.

The Fiscal Paper said the lower collection was due to a lower payout of dividend, while the $810.1 million shortfall in tax on interest was attributable largely to higher refunds.

In terms of non-tax revenues, it said the $127 million collected for bauxite levy, down 88.8 per cent compared with the corresponding period last year, was broadly in line with the expected flow for the period under review.

The Government said the bauxite levy is projected to decline substantially in fiscal year 2017-18 because of its decision to enter into a profit-sharing agreement as part of a temporary bauxite levy regime modification for the sector.

Implementation of the modified regime lowered the forecast levy by 93.8 per cent, and a partial offset is expected to come from profit-sharing, as noted in the Fiscal Paper.