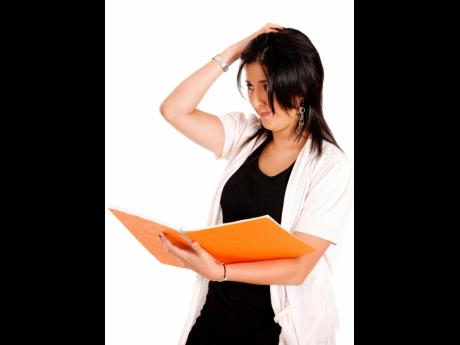 Most leaders know how important it is to inspire employees. However, their favourite tool, a corporate vision statement, is fast becoming an artefact of a time when trite cliches used to work.

Today, these statements all sound the same so everyone ignores them. Perhaps your company should supplement your own with a 'backcasted' matrix developed during its next strategic planning retreat.

When vision statements became popular the intent of its proponents was pure. An organisation needed to articulate exactly where it was going if it had a hope of gaining competitive advantage. Without it, stakeholders would act from their personal view of the future. In their pursuit of these mini-visions, they would create chaos.

Perhaps the first vision statements worked because when they were introduced, they were better than nothing. But today, employees need more specificity. Fortunately, backcasting offers executives a rigorous solution.

The term was coined by John Robinson in a 1990 paper. However, our clients know it as 'The Merlin Process', named after the wizard from King Arthur's court. He claimed to be able to stand in the future and live back to the present. Today, you can use this power in your next planning retreat by following these three steps.

Step 1: The way to break through cliches:

The problem with vision statements is that they are based on very broad ideas. Some try to make them more real by using media such as pictures, videos, drawings and even poetry.

However, you need not go to these lengths. Just pick a planning year far enough in the future to accomplish something big. Then, use it to describe your preferred scenario in not only words, but numbers.

For example, create a 2045 Vision in which company profit is $500 million, ROI is 15 per cent and headcount is 450. When you add to this list of metrics and targets, a clear picture emerges.

As you may know, there is a delicate interplay between such metrics. As your team describes this preferred future state, some hard realities emerge due to the trade-offs which must be made. For example, a client of ours realised that if it actually reached its long-term revenue goal, the headquarters of the company would have to be moved from the Caribbean to Miami. That was the only way to serve its changed focus on Latin American customers. Everyone refused and the target was reduced.

Detailing such futures takes hard work, yet it's easy compared to the following required actions.

Step 2: Use the numbers to link your vision of tomorrow to past results:

In our strategic planning retreats we ask a small task force to stay late, in order to complete the following exercise. Their job is to connect the output of Step 1 with today's reality.

We recommend the use of a spreadsheet with rows of key metrics arrayed against columns of years connecting, for example, 2045 back to 2017.

The end result -- a Merlin Chart -- looks like a matrix. But these are not forecasts, they are 'backcasts' which start from the future and work their way back.

This matrix is completed by adding projects, interventions, acquisitions and other unique activities at specific times in order to produce the desired end result. Taken together, they describe a long-term plan.

However, the task force's first draft is just that -- a rough description. It must be verified with a wider audience because initial plans are often changed overnight.

For example, a client team discovered that its dream of having a bilingual workforce within 20 years was entirely unrealistic. It had to be scaled back. Another recognised that the owner of the institution was running it into the ground. To ensure its future, it needed new ownership, which it secured several years later.

Step 3: Get immediate buy-in by sharing an imperfect draft:

Once the chart is drafted, it's shared with a much larger team. Now, everyone has an opportunity to examine and suggest changes as they point out errors in judgment, mistaken assumptions, and mathematical inconsistencies. They also dispute where projects have been inserted, delayed or cancelled.

By the end, they have concluded a discussion which builds not only understanding but ownership and trust. The result is more than a windy talk shop, but a series of joint decisions intended to accomplish the vision.

They don't come lightly. Several nerve-racking moments ensue as the team drives to consensus. But this is a conversation worth having: it might save your company from destruction as it adjusts to a new technology, competitor or economy.

It may sound corny, but people want to be on a winning team. In this powerful activity lies a secret: it gets staff inspired because it tells a success story from start to finish which every employee understands and supports. It's a transformation they can get behind with both their hearts and minds.

Francis Wade is a management consultant and author of "Perfect Time-Based Productivity". To receive a Summary of Links to past columns, or give feedback, email: columns@fwconsulting.com