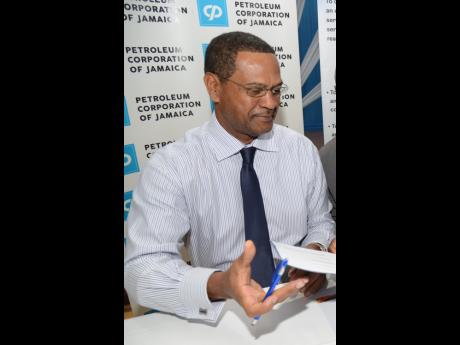 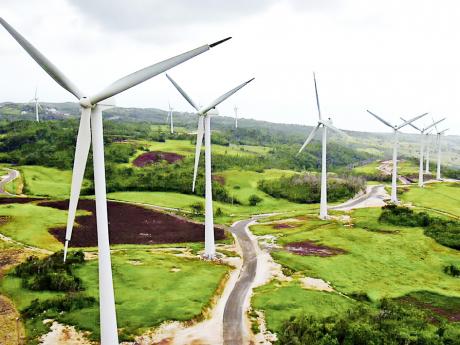 A section of the Wigton wind farm in Manchester, where PCJ already operates generating capaicty of 63MW. The agency is now looking into the possibility of setting up an offshore wind farm.
1
2

Petroleum Corporation of Jamaica (PCJ) has got foreign backing for a prefeasibility study on the prospect of setting up another wind farm, but one that would be anchored out at sea.

An American outfit called Keystone Engineering Inc has been invited to do the study, which PCJ Group General Manager Winston Watson indicated should be finalised by around December 2018.

The study for the offshore wind farm is being financed by a grant from the US Trade and Development Agency (USTDA).

"Preliminary work should begin during the final quarter of 2017 and the study is scheduled to last for 12 months," said Watson. "The results of the study will give an indication of the cost and viability of developing an offshore wind farm for Jamaica," he told Gleaner Business.

The study is expected to evaluate the viability of installing the wind farm, which would represent one of the first offshore wind installations in Jamaica and the greater Caribbean region.

USTDA links US businesses to export opportunities by funding project-planning activities, pilot projects, and reverse trade missions. The US agency said in a release on the project that the development of the wind farm offers potential export opportunities for a range of American equipment and services related to the design, development, and operation of offshore wind power generation and transmission infrastructure.

Keystone is a Louisiana-based energy firm specialising in the engineering, design, procurement, project management and construction support for offshore wind and oil and gas platforms. The company was the foundation design-engineer for the first offshore wind farm installed in the United States, the 30 MW Block Island Wind Farm off the coast of Rhode Island, USTDA noted.

Watson told Gleaner Business that it was the US agency that approached the PCJ about overseeing the implementation of a grant-funded feasibility study on the prospective offshore wind farm.

He did not indicate the size of the grant, who would develop the facility, nor what the plans were beyond the study.

"At this point it is still too early to comment on the ownership or operational arrangements for any future projects that might be implemented as a result of the study," the PCJ boss said.

The PCJ currently owns and operates the Wigton wind farm, based at Rose Hill in Manchester. The facility, first established in 2004 and expanded over time, now has generating capacity of nearly 63 MW. Wigton's total output is now 164,775 MWh per year. It accounts for 6.2 per cent of installed capacity on the national power grid, and 3.7 per cent of Jamaica's electricity generation

Wigton sells the electricity it generates to the Jamaica Public Service Company, operator of the national grid.

As for the offshore farm, Watson said it was possible the facility could feed both local energy needs and exports.

"It is anticipated that any facilities that may result will provide energy for domestic usage," he added.

In the USTDA release, Watson was quoted as saying the study would "help the PCJ to get valuable data that can attract overseas investment for the development of our offshore wind resources".