David Jessop | Russian interest in the Caribbean continues to grow 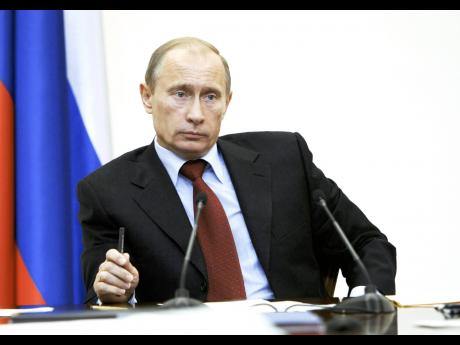 File
Russian Presidient Vladimir Putin, since at least 2008, has vowed to restore Russia's "position with Cuba and other countries".

On October 10, a report appeared in the Russian media indicating that Russia and Suriname are close to signing a military co-operation agreement.

It was based on remarks made to Russia's lower house of Parliament, the Duma, by Alexandr Schetinin, director of the Department of Latin America in the Ministry of Foreign Affairs. The agreement, he said, had been drafted and that representatives of the ministries of defence in both countries were "ready to sign it in the near future".

The Russian media has also reported Moscow is in advanced discussions with Suriname on creating closer trade and economic ties; supporting the country's healthcare system; abolishing all visa restrictions; and will likely explore, when the country's foreign minister visits Moscow later this month, the possibility of closer political co-operation within UNASUR and other multilateral institutions.

These developments taken together are possibly a first for a Caricom nation since the 1979-83 Grenada revolution. As such they emphasise how much the Caribbean's international relations are changing, and its realignment accelerating but in ways so far very different to those experienced during the cold war when the region became subject to the stresses that Michael Manley described in 1982 in his book "Struggle in the Periphery".

Russia's interest comes at a time when it is deepening its economic engagement with other Caricom nations and the region more generally.

Recently, the president of Venezuela, Nicolas Maduro, speaking about a forthcoming visit to Trinidad to sign an agreement to jointly explore the cross-border Loran-Manatee gasfields and ferry links between Venezuelan and Trinidadian ports, said he hoped to strengthen co-operation and development between Russia and Trinidad. His remarks follow his recent visit to Moscow, and meetings there between Venezuela's Minister of Oil, Eulogio Del Pino, and Trinidad & Tobago's Energy Minister, Franklin Khan, in Moscow on the margins of a meeting of the Gas Exporting Countries Forum, the GECF.

Russian interest in Grenada is also growing. Earlier this month the Grenada government confirmed, subject to quality tests, the discovery of natural gas within the island's territorial waters. The announcement followed exploratory activity by the Russian backed company, Global Petroleum Group, which earlier this year was licensed to prospect for oil and gas offshore.

Separately, the Russian government is in discussion with the Grenada government about scholarships, training opportunities, debt relief, the establishment of an embassy to the Russian Federation, and a visa waiver agreement.

At the other end of the region, Russia's long-established economic relationship with Cuba continues to deepen, largely through state-owned or state-linked companies and high-level political dialogue.

Multiple large-scale projects are under discussion ranging from the complete rehabilitation of the Cuban railway system, to upgrading manufacturing plant, help with developing Cuba's defence industries, and investments in manufacturing and assembly for the Latin American market.

In addition, Rosneft, the Russian government-owned oil and gas company, has said that it is looking at expanding its co-operation with Cuba. In a statement, the company said that recent discussions with Cuban ministers had centred on increasing the supply of oil and oil products, joint oil extraction projects, and possible co-operation to modernise Cuba's Cienfuegos Oil Refinery.

The measures appear intended to help Cuba offset falling supplies of oil and oil products from Venezuela making, in an international context both Russia central to the island's future economic development.

In parallel, there are also persistent reports that Venezuela is soon to conclude negotiations with Rosneft for it to participate in the state oil company PDVSA's domestic and international operations, through an arrangement that could offset the possibility of a sovereign debt default by the Maduro government.

If as extensive as some analysts believe, any such agreement could not only address the country's mounting debt to the Russian company, but also indirectly guarantee the longevity of the PetroCaribe regional concessionary oil arrangement, and consolidate Russia's relationship with both Havana and Caracas.

More generally, it continues to have a military presence in the region related to its broader security interests concerning the United States, and conducts inter-regional counter-narcotics training exercises out of Nicaragua.

All of which is happening as the US seems intent on making itself a less attractive and unreliable partner through its foreign policy, its 'America First' trade policy, its proposed wall with Mexico, its treatment of migrants and refugees, the likelihood that it will walk away from its NAFTA relationship with Mexico and Canada, and its decision to cast Cuba back into a new form of isolation.

So far, Russia has been cautious about how it engages in the Latin America and Caribbean region, operating what might be described as a policy of economic self-interest mixed with strategic ambiguity. Its traditional partners too, most notably Cuba, have exercised discretion while the possibility of continuing detente with the US remained a possibility.

However, it is now not hard to imagine how Russian President Vladimir Putin, who sees the world in geostrategic terms in which spheres of influence and geography continue to matter, being attracted to playing a strong economic role at both ends of the Caribbean, or how this might indirectly be translated into the Russian people's desire for great power status.

Although still in the realm of speculation, it is possible in this context to see how a Rosneft deal involving Cuba, Venezuela, PDVSA's overseas holdings, and offshore and onshore investments in Caricom nations, might for Russia meet this objective in the Americas.

Russia's interest is on a much smaller scale to that of China, but its presence, its alternative approach on foreign policy issues, its economic interests, and its re-engagement with a Cuba whose leadership is about to change, represents a significant alternative in the broadening spectrum of Caribbean relationships.

As such, it reinforces the view that newer actors may gradually rebalance the historic dominance of Europe and North America.