Yaneek Page | Bridging the divide between youth and employers 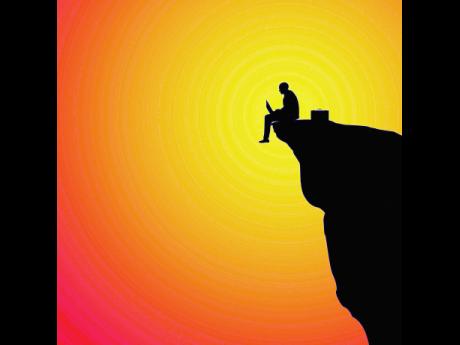 Readers of this column would by now recognise my passion for the role of entrepreneurship in helping to solve some of the country's most pressing social and economic problems.

In particular, there is an urgent need for more Jamaicans to start enterprises aimed at marrying their willingness to undertake risk for profit with social impact and positive change.

One social problem that is ripe for such solutions is the apparent divide between youth expectations and those of employers in the workplace.

Employers have for years complained that the labour force is not advancing fast enough to meet their needs and enable greater competitiveness in the context of globalisation. At the same time youth are complaining about joblessness, underemployment, low pay, and that the Jamaican workforce is not amenable to the needs or expectations of millennials who are likely to make up over 70 per cent of the workforce by 2025, according to the Deloitte Millenial Survey 2014.

Even more troubling is that youth unemployment has remained unacceptably high, at an average of over 30 per cent for the last decade, while at the same time, employers are struggling to find the right workers for available jobs.

According to the National Labour Market Survey 2017, recently released by the Ministry of Labour & Social Security, 80 per cent of firms reported difficulty in filling vacancies in 2015, and most were unwilling to hire inexperienced workers.

The survey concluded with several recommendations to address the dissonance between the training received by the labour force and the needs of the organisations, including specific technical training and a meaningful way to use technology and training in behavioural skills covering responsibility, commitment, work ethics, and professionalism in the workplace.

The government's efforts, including the formation of the Labour Market Reform Commission in 2015, must be supported and enhanced by the wider society at large if Jamaica is to enjoy sustained economic growth and a better quality of living for its citizens. Here's an example of how social entrepreneurs can intervene.

One idea I brainstormed after a recent social media furore over millennial expectations and realities versus those of the workplace is to launch a 'Millennial Inclusion Mentoring Programme'. The name is a bit too long, but that can be tweaked later. There would be two phases.

The programme would begin with a series of four mentoring walks over a four-month period, where millennials will take one-hour walks with experts in human resources management, leadership, money management and wealth creation, and motivational speaking, followed by more structured 'lunch and learn' training.

During the walks, the mentees would learn valuable information, skills, and ideas in each subject area to enhance their personal development and to strengthen their ability to navigate the challenging labour market conditions. They would also have the opportunity to share experiences and views to enable the experts to better understand their perspectives, challenges, and hopes. The lunch and learn allows for career goal setting and training activities to enhance goal attainment, while building relationships among themselves and the experts.

Thereafter, mentees would be matched with mentors specific to their career field who will work with them one-on-one to flesh out their goals into an actionable plan, which they would begin to execute over the period.

The objective of the programme would be to help more millennials enter the workforce and get on an accelerated path to attaining their potential, while at the same time enabling mentors to better understand millennials and how to work with them to reduce generational tensions, add greater value to the workplace, and enhance and increase productivity and financial outcomes.

Of course, my idea would require further fleshing out including the development of a sustainable business model that would thrive outside of strictly sponsorships and grants.

The next step would be the preparation of a business plan accompanied by appropriate financial projections and risk assessment followed by the launch of a pilot programme.

Although I'm not even near the proof-of-concept stage, I can't contain my excitement about the possibility of launching an initiative that has the power to help bridge the divide between youth and employers in 2018 and beyond.