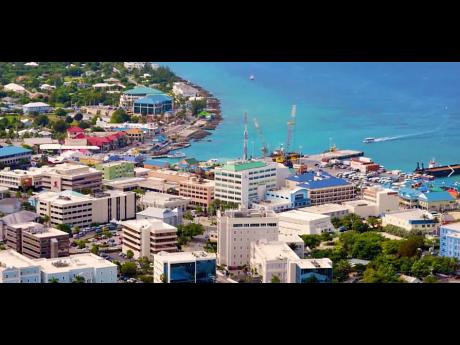 Montego Bay, St James might be considered the hub of business process outsourcing, but Portmore in St. Catherine is also shaping up to become a major BPO centre.

IBEX International said it is investing US$1.5 million, about J$189.3 million, to retrofit space formerly occupied by Empire Supermarket in Portmore, St Catherine, to expand its business process outsourcing (BPO) operation and in the process provide additional jobs.

On Thursday, IBEX, a provider of contact centre services and other BPO solutions, disclosed the expansion of their facilities at Portmore Pines Plaza, Braeton Parkway, Greater Portmore to add 23,000 new square feet of space.

IBEX said the owner of the building is PROVEN REIT Limited - a wholly owned subsidiary of PROVEN Investments Limited (PIL), its real estate investment and development arm - which was instrumental in making the project possible. The new space has been converted into requisite offices and is adjacent to its existing BPO operation in the Sunshine City. The BPO operator has leased the building for five years in the first instance.

Pierre Shirley, General Manager of PROVEN REIT Limited was quoted in a company release as saying that "we recognize the BPO sector to be critical to the growth and development of Jamaica and we are happy to have the opportunity to partner with IBEX and facilitate this expansion here in Portmore. We look forward to our continued partnership with IBEX as they enlarge their footprint throughout the island."

IBEX, which officially launched its operation in 2016, says it now has more than 2,000 employees at the expanded centre.

The space was previously the home of Empire Supermarket, but in 2014, four years after entering Portmore, the owner of the supermarket chain, Lloyd Kerr indicated a readiness to exit the business and disclosed his intention to sell it as a going concern.

Kerr had acquired the operation at Portmore Pines from SuperPlus Food Stores in mid-2010. Empire opened its 27,000-square-foot store in the Pines Plaza complex a few months before Hi-Lo Food Stores started its own supermarket operation in the plaza next door. Another rival supermarket, Progressive, also opened nearby.

The attempt to sell Empire Supermarket as a going concern failed and in 2016 IBEX disclosed its interest in the space, which has been home to supermarket operations for over 25 years.

On Thursday, Bob Dechant, Chief Executive Officer of IBEX said in a company release that "this expansion continues to fulfill the promise. In less than 12 months we are almost halfway to our goal of hiring 5,000 (persons) in five years in Jamaica. Our brand continues to grow very strong in Jamaica. We are aggressively driving our expansion plans and will have more announcements soon."

The expansion brings IBEX's operational space to a total of 65,800 square feet."The new area includes a spacious contact centre on the first floor with 400 additional seats as well as a second floor which includes three training rooms, conference rooms and additional administrative spaces," the company said.