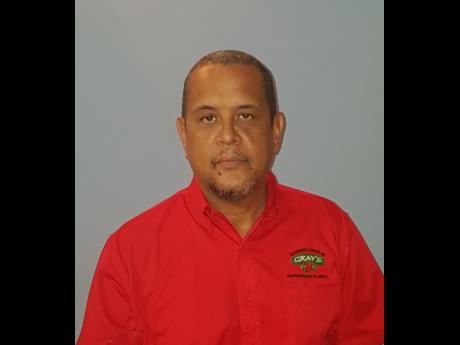 GraceKennedy subsidiary GK Invest-ments Limited has acquired a third of Gray's Pepper Products Limited, a spice company based in Westmoreland.

Gray's Pepper, described as one of Jamaica's largest processors of seasonings and sauces, will double its capacity to produce red pepper sauce under the agreement, said Don Wehby, Group CEO of GraceKennedy Limited, who also told the Financial Gleaner that demand for the sauce globally has "multiplied by the tens".

The investment will include new machinery and equipment, he said. The price paid for the 33.33 per cent stake was not disclosed.

In a release on Thursday, the group said GK Investments' acquisition of the shares in Gray's Pepper will allow for the investment necessary to

grow the business's current product portfolio locally and internationally and accelerate plans for research and development.

Gray's Pepper is a family-owned and operated business. It will continue to be led by Andrew Gray, the company's managing director since 1995, GK said.

Gray's was established by Lloyd W. Gray some 50 years ago and operates from a 20,000-square-foot manufacturing facility. The company claims an extensive supply network of farmers, GK said in its release on the acquisition.

"The business relationship with GraceKennedy and Gray's spans over 46 unbroken years," said Andrew Gray in the release.

"We have always viewed GraceKennedy as our partner and have now just formalised it. With this partnership, GraceKennedy will now be fully vertically integrated with respect to their hot pepper sauce - from farm to table. We see this as a win-win situation and now expect our company to become the largest sauce producer in the Caribbean by the end of 2018," he said.