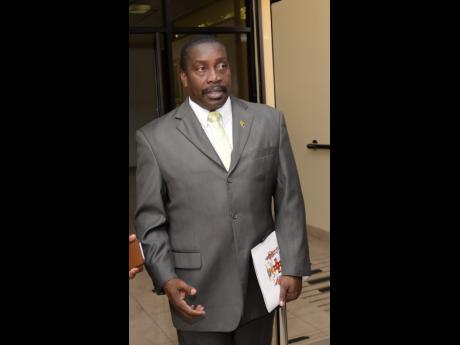 The police apprehended two men in Papine, St Andrew who hacked their way into banks earlier this month, according to National Security Minister Robert Montague.

“There is a case two weeks ago where they arrested two youngsters up in Papine. They were able to break in to two of our banks in Jamaica and hit some accounts,” said Montague at the JSE Investments and Capital Markets Conference on Thursday.

“When the police raided and picked up one of the guys, he was so bold that he handed over his laptop and denied any involvement,” he said.

According to Montague, a forensic cyber expert working with the Jamaica Constabulary Force examined the laptop and identified involvement.

“When they broke all the firewalls the young man looked up and said: ‘Kiss mi neck. Mi never know say you have dem yah police deh a Jamaica',” said Montague.

Hackers can accumulate hundreds of millions of dollars annually by taking “five cents” daily from each account, he said. The strategy of stealing in cents allows hackers to take from accounts without accountholders readily recognising their losses.

“We see the dollar figure but we not looking at the cents. So if you miss five cents it is neither here nor there. But five cents multiplied by 300,000 is 'here',” the minister said.