Sagicor combines hotels with Playa in cash and shares deal 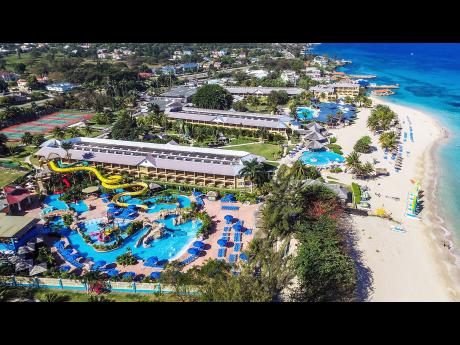 “We are investing our hotels in their business,” Sagicor Group chairman Richard Byles told the Financial Gleaner. “They are getting all of our hotels,” he said.

In a joint release on the transaction, Sagicor said it would contribute its portfolio of all-inclusive resorts and developable land sites in Jamaica, including the Hilton Rose Hall, Jewel Runaway Bay, Jewel Dunn’s River and Jewel Paradise Cove, and the 88-room hotel tower and spa which forms part of the Jewel Grande.

In exchange, the group would receive 20 million Playa shares and US$100 million in cash. Sagicor Group CEO Christopher Zacca said the financial conglomerates holdings in Playa would be “approximately 15 per cent, making us the second largest shareholder in the company.”

Sagicor entities and Playa will enter into a residential management contract to operate the Jamaican company’s holdings in the remaining two towers and villas at the Jewel Grande, while Sagicor will also have the right to representation on the Playa Hotels & Resorts board of directors.

“The combination of these solid tourism assets will strengthen the management and diversification of the products being offered. Ultimately this signals an expansion of the industry which will positively impact our economy by way of more rooms, more jobs and more arrivals,” said Minister of Tourism Edmund Bartlett.

“There is a lot of interest in Jamaica ... we have been courting investors so expect more big developments from other players,” he told the Financial Gleaner.

Playa Hotels & Resorts, which trades on the Nasdaq, is an owner, operator and developer of 15 all-inclusive resorts with a current total of 6,314 rooms in Mexico, the Dominican Republic and Jamaica. The group own and manages the Hyatt Zilara and Hyatt Ziva resorts in Jamaica.

Sagicor said that through this deal, it expects “to benefit from an expanded presence in resort markets in Mexico and the Dominican Republic where, along with Jamaica, Playa now operates, as well as being invested in a listed entity on the Nasdaq stock exchange.”

“This combination of assets will ultimately see tremendous expansion in Jamaica’s tourism industry as well as stimulate job creation. Playa is expected to invest over US$200 million to build 760 additional rooms in Jamaica over the next three years,” said Zacca.

News of Playa’s interest in the Jewels hotels first filtered out in December when Sagicor X Fund CEO Rohan Miller separated from the financial conglomerate over a difference of opinion regarding what sources said at the time the pending Playa transaction.

The Financial Gleaner was told then that while Miller wanted to continue to grow and expand the hotel portfolio, Zacca and Byles wanted to “head in another direction”.

Miller subsequently took up a position with parent company Sagicor Financial Corporation and operates from offices in Florida.