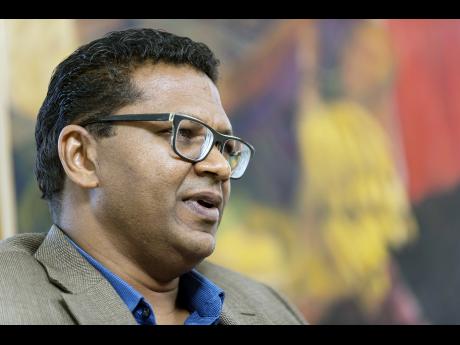 Jamaican flour industry interests are up in arms against what they see as the dumping of flour, said to be imported from Trinidad & Tobago, into the local market.

General Manager of Seprod Richard Pandohie first made the charge in an interview with the Financial Gleaner. When it was pointed out that Seprod would not be allowed to approach the Anti-Dumping and Subsidies Commission on its own to pursue the matter, Pandohie said he is putting competition aside and that they would be joining with local rival Jamaica Flour Mills (JF Mills) to complain to the relevant authorities as the phenomenon represents a clear and present danger for all.

"We're getting dumped products out of Trinidad. We've approached Jamaica Flour Mills to go as an industry to complain to the Anti-Dumping Commission about the situation because they are causing material damage to the industry here," Pandohie said.

"There has been a large influx of Trinidad flour at seemingly extraordinary prices, so as an industry we're definitely going in the direction of bringing an action against that," Nembhard said.

He explained that there is a marked difference in price when compared with those on the local market, charging that "the question isn't just the price differential here (in Jamaica) but rather between here and their home market."

Nembhard said, "We sell flour in our home market at about US$26-$27 (per 45-kilogram bag). In their own home market flour sells for about US$38 (per 45-kilogram bag), so the difference between what they sell in their own market and what they sell in this market is substantial, especially when you take into account the obvious freight cost from Trinidad up to Jamaica."

In addition, he said, "you are selling at a price that is less than any of the Jamaican manufacturers can sell for, so it makes the pricing structure somewhat suspect".

Pandohie supports the dumped price claim. He says there is indeed supporting evidence, and as an industry Jamaica cannot accept without protest.

"They are selling products to us at prices that are significantly lower than the prices that obtain in their own local market.

This for us is disappointing, to say the least. It is not something that we should accept. We're definitely going to fight against it," the Seprod CEO said.

Seprod had only in December 2017 cranked up a new milling facility. Pandohie said it is set to rival any flour mill in the Caribbean region, insisting that he will not be competing on price but rather on quality and product diversity. Seprod sells a range of flour products under the Gold Seal brand, while JF Mills uses its own name in marketing its products.