Industry players unsure of effect tariffs will have on steel prices 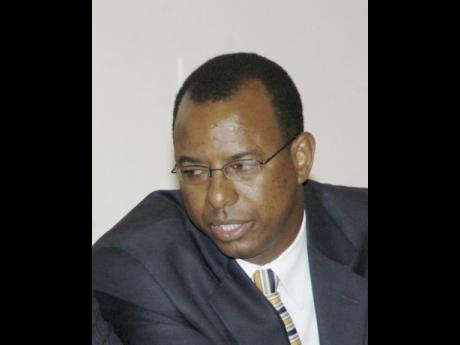 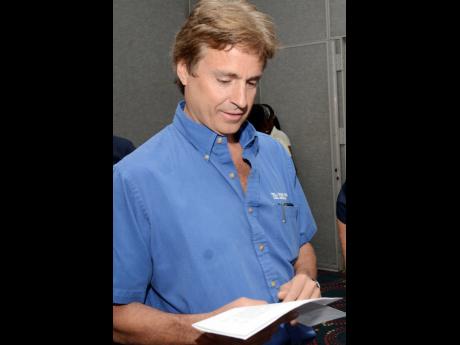 Industry players say the next 90 days will be crucial as the world comes to grips with the move by the Donald Trump administration to impose tariffs on imports of steel. They say it is not yet clear what effect the tariffs, which come into force this week, will have on world prices of steel and steel products.

Managing Director of Tank-Weld Metals Bruce Bicknell, the largest importer of steel in Jamaica, says he is not making a prediction at this time.

"We don't know where it's going to end up so we are like the rest of the world, waiting to see the impact it will have on world prices of steel, because if world prices go up then obviously, it will have an effect on what we do here," Bicknell said.

Hardware expert Deanall Barnes agrees but warns that other factors such as currency depreciation, oil price rises and increases in the price of scrap metal will hurt the Jamaican market.

"It is hard to say what will happen as a result of the move by Trump but I can definitively say that given the rise in oil prices, the movement of the dollar and the increase in scrap prices it is a foregone conclusion that steel prices will go north in Jamaica within the next 90 days," Barnes said.

Indications are that the recent move by the US president pushed up steel prices on the US market. Barnes and Bicknell note that prices have already increased by between 15 and 25 per cent. Bicknell says the US has initially raised its price of steel but the rest of the world from which Jamaica imports are in a wait-and- see mode and there has been no fluctuation as yet. He says that when the full policy is implemented the world will react.

"The day that the decision is made you will see traders and manufacturers around the world react in terms of their price levels. Right now Turkey is our preferred supplier. At the same time, that country is also a big exporter up to the US. We don't know how they will react when faced with a tariff," Bicknell said.

Another player, president and CEO of ARC Manufacturing, Norman Horne, notes that the US consumes 125 million tons of steel annually, with net production of 90 million tons. He says the United States, therefore, ends up importing about 35 million tons, which comes mostly from Turkey, China and Brazil. Barnes says China produces 800 tons of steel, which is almost all consumed domestically, with only a small amount going to the US market. In addition, he says, the Trump administration had already imposed anti-dumping tariffs on those countries for steel imports. Barnes says this is because US steel mills have not been able to keep up with the more efficient mills in China and elsewhere.

"China continues to produce a greater quantum of steel year on year. This has created a significant glut on the market. Because of this glut, American steel companies are not able to produce profitably. But the real issue is not so much the glut but rather the fact that US manufacturers have not re-tooled for 60 or 70 years," Barnes said.

He agrees with Bicknell that the situation will become very dicey because of the dynamic interplay between how steel is produced in some countries and consumption in the US market.

"Countries like Turkey make their steel out of scrap iron, which in turn comes from the US. So if the US industry starts to pick up they are going to consume more of their own scrap, which will push up those prices," Bicknell said, noting that already local users of steel imports are reacting.

"People are nervous and our customers seem to be picking up on their orders to play it safe to avoid any imminent increases," Bicknell said, adding that the recent pickup in order may be based on speculation or hedging.

Horne says he is not nervous about the domestic construction industry. He feels that there is enough by way of commitment to projects that will stave off a downturn in construction activity as a result of increased prices.

"In the Jamaican market, there are a number of projects in the pipeline ranging from roads to hotel construction to housing developments. For the first time, we are seeing about four cranes in Kingston. My estimate is that we've not had the level of construction that we see now for the last 30 years," the ARC CEO said.

Bicknell says Tank-Weld has seven months supply of steel products either in storage or on order. He says this will serve to smooth out the likely kinks that will come with price increases. At the same time, all agree that Jamaicans should brace for the likelihood of an increase even if it is not immediate. Barnes sums it up by his analysis of the costs involved with the construction of a typical two-bedroom house.

"At present rates say, for a small house costing $10 million, rebar costs will put you at about $700,000. Therefore, a five per cent increase in steel prices would be about $35,000. That is manageable, but when you add the other increases in steel products, such as nails, binding wire and so on, then it will add up, and finally there is the big cost of the roofing material," Barnes said.

None of the players offered an opinion on the likely impact of the tariffs on aluminium. Jamaica produces the raw materials: bauxite and alumina, which are processed into the metal.