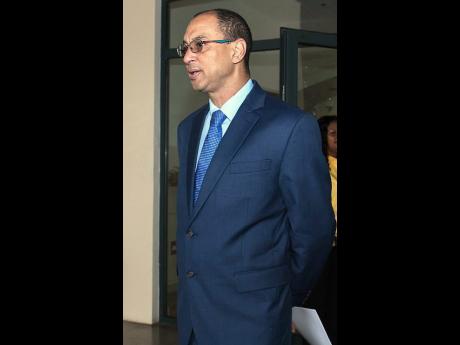 GraceKennedy Limited (GK) and its partner Western Union announced today an expansion of the company’s digital money transfer service, which will allow Jamaicans to send funds via an online platform to 200 countries globally.

Effective April 1, the Jamaica operations of GraceKennedy Money Services, a GK subsidiary, will be the first in the Caribbean and Latin America to offer the digital service at WesternUnion.com.

To use the new outbound service, consumers in Jamaica can begin the registration process online but must go to a physical location to complete the process, including providing identification.

Thereafter they will be able to send and receive funds online. The methods of payment include debit, credit card and Apple Pay.

Previously, money could be received online in Jamaica, but not sent. The launch of the service brings to 42 the number of countries which now have the digital transactional service from Western Union.

For Western Union, digital-enabled money transfer remains a high growth area and is expected to be the major driver of overall market growth in the coming years.

Hikmet Ersek, President and CEO of Western Union who was present at the launch event in Kingston, noted that digital transfers have quintupled since the company started offering the service, and now represent 10 per cent of its revenue.

Digital payments, he added, was growing by double digits annually and was expected to continue at that rate.

Ersek said the company was targeting a new market segment comprising clients who have not used Western Union in the last two years.

Don Wehby, Group CEO of GK, speaking at the launch said that with the digital thrust the company was seeking to remain relevant and consumer-centric.

Said Wehby: "You know of  GK’s vision of being a global consumer group where we want to be a Caribbean company. We are very focused on being global. There is no better example of a global company than Western Union which operates in 200 countries."

The GraceKennedy CEO said that “having established the vision, we have strategic drivers that keep us very focused. The first is sustainable growth and innovation. We believe if we execute on these strategic drivers we will deliver on our objective of being a global consumer group.”

Wehby said GK will soon be launching GK online, which will allow consumers to do banking, insurance and other financial services online or by telephone.

Ersek said he expected the new service of outbound remittances to help businesses as they will be able to use it to make payments to their partners and service providers abroad.

He said four per cent of revenues at Western Union was spent on addressing cybersecurity annually and that 20 per cent of staff deal with compliance and risk.

The amount spent, he said, was viewed as an investment on behalf of Western Union and clients who depend on its services.

GK and Western Union share a partnership in 12 Caribbean islands, which include the Bahamas, Jamaica, Trinidad and Tobago, the Turks and Caicos Islands, the Cayman Islands, St. Vincent and the Grenadines, St. Kitts and Nevis, Antigua and Barbuda, Guyana, Anguilla, Montserrat, and the British Virgin Islands.