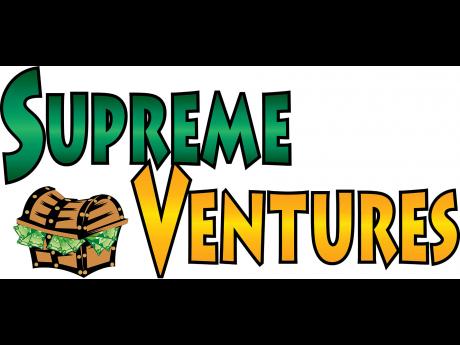 In her review of the group's 2017 financial results, Young Sang said SVL was encouraged by the fact that the company surpassed the $2 billion mark in profit from operations for the first time.

She said that while SVL has already Invested about $1.2 billion in the new outfit, Caymanas Park will not be an easy fix.

"I think one of the perceptions out there is that everyone expected a sort of magical change overnight. It's really going to take time to make the changes that we want to do. It's been that way for over 30 years and it will take time to turn it around," Young Sang said.

Noting that Caymanas Park "is a lot of work", the SVL CEO said there has to be "extensive retooling in terms of equipment and operations in addition to infrastructural upgrades." She insisted that there is a plan in place and that SVREL will be looking at some of the racing products alongside some non-racing revenue streams.

The company has introduced Friday night bingo at the track as part of the non-race revenue earners.

"The plan is to add more and more to optimise the utilisation of the plant," Young Sang said, noting that they have also started a small lounge with a view to expanding it in a bid to pull in more clients.

SVREL has just over 60 Off-Track Betting stations and Young Sang sees that as an area of growth.

"We will be expanding the footprint using our OTBs (off-track betting stations). Depending on situations, we should be growing that side of the business by 50 to 100 per cent," the CEO said, declining, however, to state the magnitude of the potential investment, saying not all the spend will come from her company.

"It will be a hybrid approach. Some will be own-account operations while some will be franchises. We won't be locked into just one model. A lot depends on the location and the relationship with the retailer," she said.

Young Sang says SVL will be embarking on infrastructural and technological upgrades.

"We're looking at enhancing our customer experience, innovate through technology and expand that offering. We're going to create more convenience points, new products and promotions. The picture which will emerge is one of a slate of activities rolled out over time, resulting in a busy calendar year," she said.

While declining to state the level of SVL's investment going forward, the CEO said, "All I will say is that it is a couple hundred thousand US dollars."

Young Sang bemoaned the presence of Illegal operators in the betting and gaming industry which she says represent a big drag.

"They represent about $2 to $4 billion in activity. That's almost 10 per cent of the market and everyone loses because there is no government revenues, no direct employment benefit," she said.

For the coming year, SVL will be improving its offering on sports betting. Young Sang says that despite low uptake the area is presently underserved and is ripe for development.

"It is true that the market has not taken to it as much as we want, but when we look at Europe we see where sports betting even outsells lotto in some instances. It is developing and it is huge. We can either sit on the sidelines and be swept away or take advantage of the opportunities," she said.