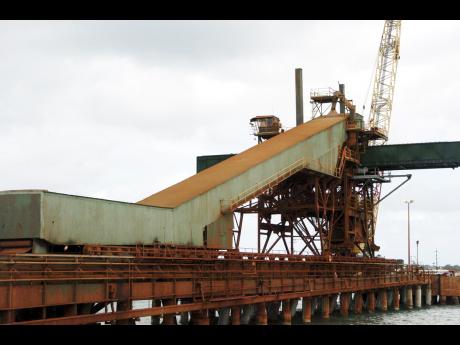 Anthony Laura, the general counsel and chief administrative officer for Noranda Bauxite Jamaica, says the new United States tariffs could serve to boost the company's output, but the precise market gains would rely on the structure of the programme.

Noranda, which is American-owned, sources its bauxite in Jamaica and refines it on the US mainland.

The tariffs announced by the Trump administration - a 25 per cent surcharge on imported steel and 10 per cent on aluminium - are expected by the second quarter of 2018. Although the administration has said it is targeting China, the tariffs were initially announced as a global measure. Since then, however, the White House has indicated that it is likely to carve out several countries.

"It is our understanding that the final structure of the tariffs is still uncertain, given the availability of exemptions that may be extended to a number of nations worldwide," said Laura.

"Nevertheless, we expect that the tariffs will serve to increase US domestic aluminium production, and it is logical that our Gramercy facility would benefit from having a customer base that is increasing its production," he said.

Noranda owns the alumina-refining and Jamaican bauxite-mining assets formerly controlled by Noranda Aluminum. Those assets were acquired in late 2016 by DADA Holdings, an investment and management company based in Fort Lauderdale, Florida. DADA makes control investments and manages companies in basic industries, such as metals and mining.

"Long before tariffs were being considered, we undertook capital projects at our Gramercy facility designed to increase production capacity and product mix, and hope to realise the benefits of that expansion in 2018 and beyond," he said.

"We prefer not to disclose specific production volumes for our Gramercy and St Ann facilities, but can say that 2017 production exceeded production in 2016, and that our initial 2018 projections were to continue that trend," he told the Financial Gleaner.

In second quarter of 2017, Noranda and Concord Resources entered into a long-term, exclusive offtake agreement for smelter-grade alumina produced at Noranda's alumina refinery in Gramercy, Louisiana, and a related third-party marketing arrangement for bauxite produced at its mining facility in St Ann, Jamaica.

The agreement, which runs through 2024, will eventually cover all smelter-grade alumina produced at the Gramercy refinery and bauxite mined in Jamaica.

As to the outstanding liabilities for the bauxite levy owed to Jamaica, Laura said he was not at liberty to disclose the precise agreement, but said they have offered the Jamaican Government a share of its profits.

Noranda "can confirm that we agreed to assume roughly US$12 million in back levy payments, and agreed to offer the Government a share in our profits, as part of our cooperative effort to work in concert, rather than at odds, with the Government of Jamaica," he said.

He did not disclose the schedule of payments or indicate what payments were already made.

Jamaica owns 51 per cent of the Noranda operations, while Dada holds 49 per cent.