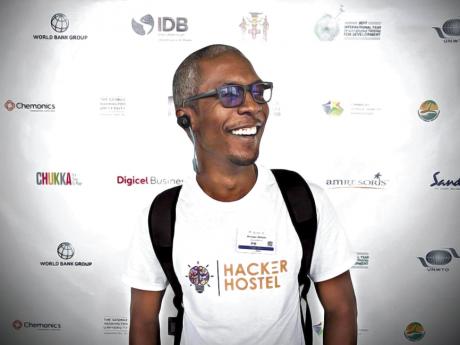 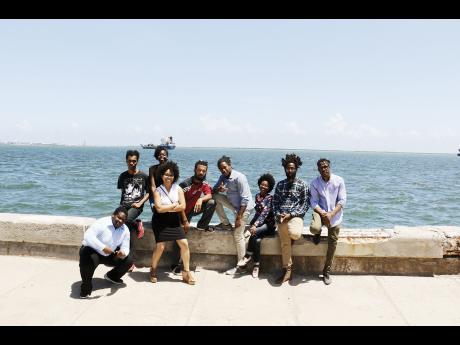 The Kingston Harbour forms a backdrop for the first cohort of Hacker Hostel software developers. 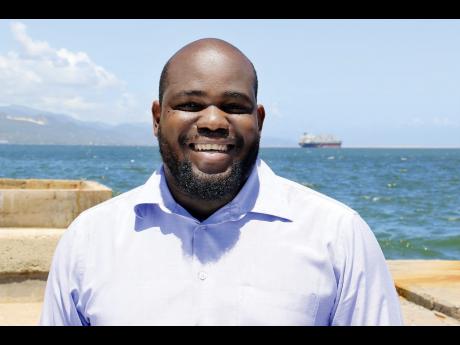 Akua Walters, CEO of Hacker Hostel, a subsidiary of StartupRobot.
1
2
3

StartupRobot, a software development firm that made its name locally by helping new companies and individuals ease the pain of completing business registrations, is spreading its talents to others in the Caribbean in need of tech support.

The tech company has given birth to a new subsidiary, Hacker Hostel, which offers software development and project-management services.

StartupRobot CEO Winston Wilkins says that Hacker Hostel was born out of the teething pains of a nascent Jamaican company seeking corporate buy-in, sustainable revenue streams, and top talent for its projects.

Hacker Hostel has a tourism component through which software engineers worldwide are brought in to spend their summer developing solutions for companies that bring problems to StartupRobot for resolution. In return, the tech developers get to experience Jamaica and other Caribbean islands through sponsored packages.

Very often, the companies that submit projects are losing money through inefficient processes or their inability to use data flow to their benefit. Through Hacker Hostel and its own home-based team, StartupRobot proposes to staunch the flow of red.

Wilkins told the Financial Gleaner that Hacker Hostel searches for companies or "sponsors" with local or regional data-management problems that cost them over US$200,000 year.

"The aim is to get the best talent in the world to come to Jamaica to design solutions for these problems and implement the solution to significantly reduce those costs," he explained.

In 2017, thirty-two data scientists signed up for the first two-month summer camp, out of which nine were selected to participate in the project.

In between enjoying encounters on the entertainment and tour circuit in Jamaica, the software developers got to experience Jamaica's business culture and used their experiences to devise solutions for two companies, both in the consumer goods field.

Out of the 2017 camp, other medium-term projects have also evolved, with the participating companies either producing new projects for the StartupRobot team to work on or referring the tech company to other Jamaican firms in need of technology interventions.

The visiting software developers were also instrumental in introducing their Jamaican counterparts to international best practices in software development, helping to resolve another problem faced by StartupRobot.

Wilkins said that his firm has had difficulty "recruiting good local people".

His needs include talent that "adhere to international best practices for documentation, unit tests, submitting code for daily review", and on an even more basic level, persons who are "thoughtful", that is, who are capable of asking the right questions of stakeholders "to uncover why things are the way they are before committing to an approach."

The ability to communicate is also lacking, he bemoaned.

"Sometimes the only thing we can control is communication with the client. Quick and frequent feedback from developers is lacking in the culture [among local software developers]. We come across people who are quick to say they can do a job and slow to say they were wrong," he added.

Hacker Hostel has proved to be the solution. It allows StartupRobot to "tap into our international network to access a pool of more diverse talent", Wilkins said. From the 2017 summer camp, one overseas developer is staying on, having accepted an offer of full employment.

Hacker Hostel will stage its second camp this May in St Lucia on the invitation of that country's government. Forty-five data scientists from around the world have so far applied for the camp.

The one-month stint in St Lucia will be followed by a month in Trinidad & Tobago and one final month in Jamaica. Data scientists are invited for the entire experience, while companies are being sought for project commitments.

StartupRobot itself was born out of a tech incubator created by angel investor J.J. Geewax.

In 2014, Geewax and Wilkins pooled resources to create StartupRobot, which first targeted the challenge of business registrations in Jamaica. However, the project did not reach take-off as internal stakeholders offered resistance.

Before the tech venture, Wilkins ran Team Willo Productions, which produces TV commercials, music videos, and documentaries, among other media services. He launched that venture after graduating from the University of Technology Jamaica with a diploma in engineering and later created StartupRobot after completing his MBA at the University College of the Caribbean.

After tackling the registrations project under a pilot approved by the Companies Office of Jamaica, the tech company's focus shifted to assisting with applications for National Contracts Commission certification and assisting companies abroad to set up bank accounts locally. The company also explored securing licensing for farmers who wanted to get into exports. However, none of these activities presented a deep enough market to keep StartupRobot afloat.

With input from business development manager Akua Walters, who later became CEO of Hacker Hostel, StartupRobot that moved to wooing companies that were big enough to generate medium-term revenue flow for the tech firm.

Under the Hacker Hostel programme: "We use the project sponsorships to fund the logistics of mentors on the ground and licence for the curriculum to teach the local developers. In return, the mentors and locals design prototypes and requirements for approved software solutions and subsequent implementation," Wilkins said.

He declined to comment on the turnover generated annually by the entire operation, even while noting that the company has poured US$15,000 of its own cash into Hacker Hostel, which is just a portion of the injections into the operation.

"It cost us around US$25,000 to run each leg of Hacker Hostel," Wilkins noted. "The remaining cash came from local project sponsors."

Wilkins himself has been invited to Trinidad & Tobago to speak at the ICTProTT Conference on May 16 and to pitch for development support at pitch@palace on April 16 at the Commonwealth Business Forum in London.

Out of all of this, the StartupRobot team hopes to attract the attention of regional companies seeking top-tier talent to work on its IT problems.