Coconut Board relieved by ‘quantum shift’ over Seprod shares, pitches $3b plan 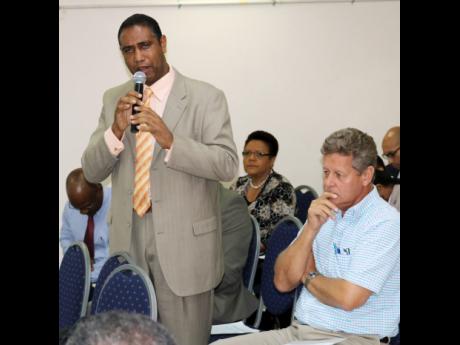 File
Chairman of the Coconut Industry Board, Christopher Gentles. 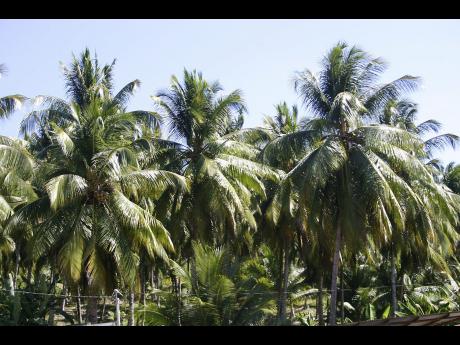 Having pulled back from plans to dispose of the Seprod shares held by the Coconut Industry Board, under a new minister, the agency is now looking for buy-in for a $3-billion capital programme and is seeking private partners for various commercial ventures.

At the start of April, the new minister of industry, commerce, agriculture & fisheries, Audley Shaw, announced that the Government would no longer pursue sale of the shares in Seprod, holdings that are currently valued at $5.8 billion.

Coconut Industry Board Chairman Christopher Gentles said Shaw's decision clears the board to focus on its commercial initiatives. Its members are scheduled to meet with the minister next week about the coconut industry development plan, Gentles told the Financial Gleaner.

It remains unclear at this stage whether the Minister's decision resolves the issue of ownership rights to the shares. Gentles said that question is best addressed after the upcoming meeting, but noted that the issue is irrelevant at this point as long as the holdings are used for the benefit of growers.

However, Frank Phipps, QC, speaking as a member of the Coconut Board and a grower, continues to maintain that the Seprod holdings belong to the growers.

"It was the growers who started Seprod, until they sold the majority shareholding to Musson. Government does not come into this. They didn't put a penny into it," Phipps reaffirmed on Tuesday. He said the meeting with Shaw is scheduled for April 25.

Initially, the Jamaican Government had planned to divest 122.5 million of the 163.42 million Seprod shares held by the Coconut Board, but growers rebelled, and the issue appeared headed to court under the previous minister.

Gentles described the decision to not pursue the case legally and focus instead on redevelopment of the industry as "a quantum shift" in direction.

"There was no way we could have pursued our plan out of the cash we have. A lot of things were put on hold," he said.

Already, the board has initiated talks regarding potential joint venture partner-ships with Seprod, Jamaica Producers Group, and Fred M Jones Estates - the latter of which was once the largest coconut producer in the island - for additional land to grow more coconuts, according to the board chairman. Those negotiations, he added, would be concluded once Minister Shaw has signed off on the industry plan and indicates his position on the use of the Seprod shareholding.

The regulatory functions of the Coconut Industry Board are being spun off and merged, along with similar agencies, into the newly formed Jamaica Agricultural Commodities Regulatory Authority.

The coconut agency will continue to operate commercially as a cooperative under a new name. It will also retain ownership of the board's assets.

The initial commercial ventures for which it is seeking private partners include a green coconut water packaging plant, production of virgin coconut oil, and a cocoa fermentary. Coconut is intercropped with cocoa, and growers are also targeting a chocolate-making facility as well, Gentles said.

The Coconut Board proposes to take an initial 25 per cent share in each of the joint ventures.

The capital expenditure, or capex plan, as outlined in a document prepared by PricewaterhouseCoopers and secured by the Financial Gleaner, requires investment of $3.022 billion over seven years - broken down as $1.96 billion for property plant and equipment and $1.1 billion for crop establishment and maintenance.

The coconut board aims to acquire and/or lease 1,000 acres of land in Water Valley, St Mary, and lease an additional 5,000 acres of agricultural land from the Government of Jamaica to resuscitate and expand coconut seed gardens and nurseries to supply seedlings.

It is also seeking to cultivate a bigger pool of farmers, entrepreneurs, and potential investors by encouraging the planting of at least 146,000 acres of coconut over the next 10 years.

Production levels of 720 million nuts, annually, Gentles said, would support factories that utilise coconut-based inputs in the manufacture of foods, medicines, and other products.

The Coconut Board expects to provide $2.75 billion, or 91 per cent of the $3 billion required for the capex programme, from a combination of internal resources and external debt financing.

Joint-venture partners would be expected to bankroll the balance - $271.1 million, or nine per cent.

"The shares in Seprod is the board's most stable and valuable asset," says the strategic plan. "Instead of liquidating this investment, which would reduce the cash inflow from dividends, the board proposes to leverage this asset and the related dividend flow to obtain external financing for the additional funding required to support the capital expenditure plan."